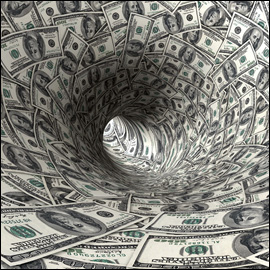 opinion The proposed National Broadband Network prices released this week by iiNet are simply way too expensive for the promised 100Mbps speeds and will need to be reduced significantly to drive customer uptake.

That’s the opinion I formed after a two second glance at the company’s forward pricing estimates. When you dig into the details, it only gets uglier.

The ISP is so far the only company to release any forward pricing estimates for monthly access to the NBN in the first locations to receive the new fibre services — a number of locations in Tasmania. The services are slated to go on sale from July.

And what has been released so far is not good.

It looks like iiNet is not pricing NBN services at a similar level to its current ADSL2+ broadband plans. Instead, iiNet chief regulatory officer Steve Dalby told iTnews, the company plans to offer plans similar to those sold to customers in existing greenfield fibre compounds like the Alamanda Estate in Point Cook, Victoria. Computerworld also has information on the plans.

This means customers will be paying a minimum of $49.95 for a tiny total 10GB (5GB of off- and on-peak data) for a fibre broadband service that runs at 25Mbps. I anticipate many of the NBN customers will take up iiNet’s additional $9.95 per month for an internet telephony connection for a total of $59.90 per month. Further information on Exetel’s forum here.

That price is the same amount iiNet currently charges for an ADSL2+ broadband plan with internet telephony and 16GB of total data (8GB of off- and on-peak data), meaning that low-end customers will likely get an overall better service (if with a lesser download quota) for about the same price.

But it’s still not quite as good as other large ISPs are offering. Netspace offers a 40GB limit for $49.95 (with no phone included), and Exetel charges $65 a month for an old-style, more reliable PSTN telephone line, with 24GB of data included.

However, the real kicker for potential NBN customers comes when you look at the higher speed plans.

When Communications Minister Stephen Conroy and Prime Minister Kevin Rudd announced the NBN plans in April last year, they promised 100Mbps speeds to 90 percent of the population. Well, iiNet will deliver — but you’ll have to mortgage your house to afford it — the ISP will charge $129.95 per month for a 100Mbps service with a total of 120GB of included data.

Even early technology early adopters such as myself who download a lot of data and use the internet constantly for work purposes would find it hard to justify virtually doubling our monthly broadband cost simply to get higher speeds and better latency.

Most of my friends currently pay around between $50 and $70 a month for broadband — I’m on a $79.95 plan, which is $50 a month less than iiNet’s lowest proposed 100Mbps NBN fibre plan. And I haven’t been using most of my download limit as the ISP recently increased its quotas — I could probably even slip down to iiNet’s current $69.95 plan with no worries.

Again, if you look at comparable ADSL2+ plans, one of Australia’s largest ISPs, TPG, offers a $89.99 monthly plan with 150Gb of included data — a cost far less than the proposed NBN plans and ad speeds most users are relatively happy with today.

Of course, some of this criticism may be baseless. Several Taswegians have pointed out the involvement of network builder Opticomm in the Tasmanian NBN buildout process as one factor behind some of the potential pricing.

Opticomm built the Alamanda Estate fibre and is believed to be providing wholesale services at the estate. Consequently there is speculation that some of iiNet’s pricing may reflect Opticomm’s wholesale prices rather than long-term NBN pricing.

One other factor to consider is that so far, only three ISPs — iiNet, Primus and Internode — have confirmed plans to offer NBN services to the early stage rollout communities in Tasmania.

When contacted this week, other ISPs like Telstra, Optus and Exetel all said they would wait until they saw the full details of the NBN Company’s wholesale offering. Both Telstra and Optus are currently in discussions with the company. The entrance of such large players into the market may change things dramatically.

However, at least initially, the release of iiNet’s plans is enough to raise the hoary old spectre that has been hanging around the NBN plans forever — namely, will the whole shebang be too expensive to run at any sustainable rate?

What do you think about the NBN pricing revealed so far? Would you pay $129.95 per month for a 100Mbps fibre connection?