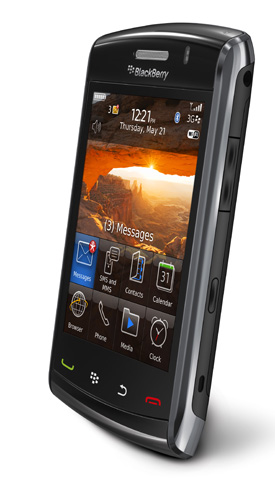 Vodafone Hutchison Australia executives dodged and weaved in front of an audience of journalists in Sydney today when asked to outline their plan for Apple’s iPad launch in Australia in late April.

“We’ll deal with Apple and iPad as that unfolds over the next little while,” said the company’s general manager of voice and broadband Edward Goff. “We’re still working out with Apple how we might look to launch it … We are talking to Apple and we’ll see where we end up.”

Optus chief executive Paul O’Sullivan said last month that the carrier would be “keenly investigating” the device, which he described as a “terrific step forward for the industry”.

For its own part, Apple has said only that it will launch both the 3G and Wi-Fi versions of the iPad in late April, but not how much the various models of the device will cost, or where it will be sold.

Also at the event, VHA unveiled a wide-ranging revamp of its mobile phone plans for both its 3 and Vodafone brands. The new plans – and new handsets including the BlackBerry Storm 9520 (pictured) — will be launched this Thursday 11 March. The company is also planning to bring the Android-based Sony Ericsson Xperia X10 Down Under.

The centerpiece of the revamp is the fact that customers will be able to make unlimited Vodafone to Vodafone, or 3 to 3 calls on capped plans above $29 per month – but not from Vodafone to 3, or from 3 to Vodafone.

“We want to drive all three of our brands really hard in this market,” said Goff when asked why the company wasn’t supporting calls between its brands. The company’s third brand is Crazy John’s.

The company’s head of post-paid products Jason Blair said the company had taken learnings from both its brands after the merger and was applying the lessons to each.

VHA is also introducing a number of 12 month and SIM-only month to month contract options, and has pledged to reduce the complexity of its capped plans by aligning call rates.

One other significant move by the company is that in March and April, it will offer free Skype to Skype calls from compatible Nokia handsets to 3 customers, based on feedback that customers liked trying internet services for free. The company’s head of Communications and Internet Services Marketing Joseph Ferrar said 3 was the only mobile brand in Australia that was embracing Skype.

At the launch, Ferrar also outlined a wide-ranging revamp of Vodafone’s mobile internet packs, with a number of “unlimited” options included – for example, the chance to get unlimited email or social networking without it affecting your data quota. The company has also launched its own social networking aggregation application for iPhone and Android – dubbed Vodafone Update.