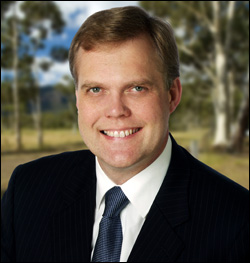 Shadow Communications Minister Tony Smith has branded his “chaotic” opposite Stephen Conroy as “the master of disaster” on the heels of an investigation by the Auditor-General into the first terminated $4.7 billion National Broadband Network tender process.

The report released late yesterday afternoon found Conroy’s department had canvassed options to deal with the potential failure of the process as early as August 2008, just nine months after the Rudd Government was elected to power, and seven months before the process was terminated in April 2009.

The Federal Government at that stage announced it would abandon the process and create its own company to oversee the construction and operation of the NBN.

In general, the auditor also found that the process suffered due to the Government’s wide scope, tight timeframes and some lack of clarity. A more conventional approach would have been to use a two-stage process, which would have necessitated some time frames being pushed out.

However, broadly the auditor said the process — which cost in excess of $30 million — was conducted well, within the parameters of the Government’s broadband policy and in accordance with Commonwealth Procurement Guidelines.

“It is clear from the Australian National Audit Office report into the NBN request for proposal process that Minister Conroy oversaw a fatally flawed and costly process,” said Smith in a statement. “It is also clear the Minister ignored increasing warnings that the process was failing.”

“For nearly 18 months from December 2007 until April 2009, chaotic Conroy ensured more than $30 million went down the drain.”

Smith pointed out that so far, no broadband service had been delivered through Labor’s NBN policy, contrasting the situation with the Howard Government’s OPEL bush broadband plan which was terminated under Conroy’s tenure. “This report should ring alarm bells for Australians about the failure of Rudd Labor to assess risk and ensure value for money,” he said.

Comment is being sought from the office of Stephen Conroy.