news The Australian Taxation Office appears to have taken the unorthodox step of appointing one of the key figures in its relationship with IT services partner Accenture, a 29-year veteran of the firm, as its new chief information officer.

As first reported by iTnews last week, the Australian Taxation Office has confirmed the appointment of Ramez Katf as its permanent CIO. In a statement issued this week, Tax noted that Katf has “over 30 years of experience in leading transformational change and delivering innovative business solutions for large clients, including tax and customs administrations in New Zealand and Singapore.”

The agency said Katf would take up his new role in the new year in his home site of the Brisbane central business district.

The move appears to represent a significantly unorthodox move for the ATO. 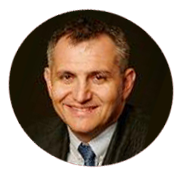 Generally major agencies such as the ATO will appoint chief information officers who are veterans of the public service. For example, when the ATO’s previous CIO, the long-serving Bill Gibson, resigned from the ATO in November last year, he was replaced on an interim basis by Jane King, a long-standing public servant who had worked for the ATO, the Queensland Government and Brisbane City Council for the majority of the past two decades.

Alternatively, public service agencies may choose to source CIOs from the private sector. For example, Gibson himself held a long career with senior roles at Qantas before joining the ATO back in November 2003.

However, Katf does not appear to have such a background. It is a rarer situation for long-standing executives at consulting firms to take high-profile roles in the public service.

The executive’s public profile on Accenture’s website notes that he has served at Accenture for more than 29 years, holding “multiple management and client leadership roles in ANZ and across APAC”.

Accenture is a significant partner of the ATO as the lead partner on its massive Change Program, which has affected huge chunks of its IT infrastructure. In 2010 the ATO stated that it had spent some $820 million on the program to that year, with Accenture alone picking up some $435 million to that date since the program started in 2004.

opinion/analysis
Let me say up front about this appointment that I certainly believe Katf will be competent to do this job. Anyone who has spent 29 years at Accenture working on massive client engagements such as the company’s Change Program deal with the ATO would bring a significant amount of senior experience to this role, and of course Katf has likely been constantly in and out of the ATO as the project is being delivered. He would know the ATO’s IT architecture very well.

I don’t know Katf and don’t have anything to say about him personally — but on paper he looks like he can slot straight in and start delivering.

Nor do I think there is anything untoward about Katf entering the ATO after a long period selling services to the agency. This kind of swap happens a lot in the public sector in Australia.

However, it is also important to note that many in the public service would be miffed at this appointment.

Katf may know the public service well, and be an excellent candidate for this role.

And yet, knowing the public service is very different from working in it. The public service likes to see its own promoted to senior roles; having consultants punted in from the outside to roles which others have worked for a long time for is always guaranteed to ruffle feathers.

As iTnews has reported, in his new CIO role, Katf will be required to conduct transformation inside the ATO towards a services engagement model — ” which will necessitate changes to existing practices, approach and culture”.

One would hope that Katf will appreciate the subtle cultural nuances that are needed when driving change within the public service. It is very different working within the public service to consulting to it. If he is to have a long tenure at the ATO, Katf will need to seek to blend in as quickly as possible and be careful to drive change at a pace the APS will accept, as well as sensitively dealing with his consulting background. Otherwise, he may find the horse bucking in his hands.

And one final thing about this story: The ATO will need to be very careful in the way it signs new contracts with Accenture and its rivals in future. Having such a senior Accenture executive in its CIO chair will mean these kinds of purchasing decisions will need to be more scrutinised than ever. I can assure the ATO that Accenture’s rivals will be keeping a close eye on how new contracts are tendered and signed.