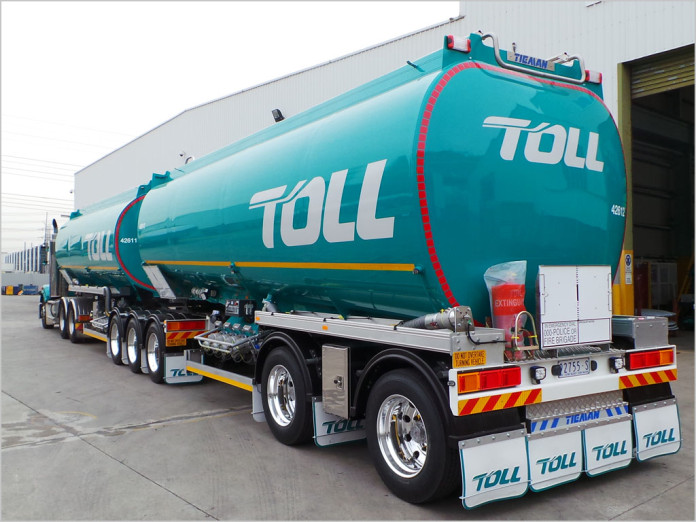 news Logistics giant Toll has revealed plans to dump its plans to outsource key parts of its IT infrastructure, as well as application support and development, in a rapid and unexpected turnaround.

Yesterday, Toll group director of Corporate Affairs Andrew Ethell issued an internal email at the company, which has been sighted by Delimiter. In the email, Ethell announced a decision to “stop” Toll’s Global Technology Transformation (GTT) project.

Not much is known about the GTT project outside Toll, but Crikey reported in February this year that the company was considering outsourcing key aspects of its IT operation, with suppliers such as Optus and Infosys in consideration. At the time, Toll Group spokesperson Christopher Whitefield told Crikey that the program of work would take about 18 months.

In Toll’s February results session, Toll Group managing director Brian Kruger said: “The Toll Global Technology Transformation, the next stage of Toll’s IT strategy, will drive significant efficiencies throughout the company, reduce IT operating costs and provide Toll with a leading edge platform to support its growth.”

Ethell said in his email that the GTT project had been established to outsource part of Toll’s IT infrastructure and application support and development tasks. The project was one a number of significant transformation projcts currently underway in Toll, he said.

However, Ethell noted that a GTT project review of the last six weeks had validated the net business benefits as being “lower than expected”.

“As a result the Steering Committee has made a decision to stop the GTT project. This is effective immediately. We will continue to focus on our other transformation projects,” the executive wrote. “These will continue alongside our projects that are client critical, regulatory, risk driven or have a compelling business case.”

Ethell said Toll remained committed to its technology principles which were “an important plank” in the company’s strategy, and included: A best in class, streamlined and cost efficient IT environment ; Resources focused on value-add activities; Industry leading technology capability; The ability to rapidly deploy new business solutions globally; And the ability to leverage Toll’s scale to maximise procurement opportunities.

In the email, Toll Group CIO John Ansley said: “While we realise this decision will impact our people, service partners and vendors, this decision is a sign of the strength of governance processes in place for all of our projects.”

“We will be having face to face communications; as scheduled, with our impacted employees to communicate this change and our priority remains to support our customers and employees. Toll remains committed to its technology principles which includes making Toll the industry leader in technology capability.”

Delimiter has invited Toll to comment further on the situation.

opinion/analysis
Very interesting move from Toll. It is quite rare that a company decides to go through an IT outsourcing process and then abandons the effort as it is being implemented.

So what do I think is happening here?

I suspect that what is going on is that Toll has realised that its business — logistics and transportation — is fundamentally based in 2015 on having solid internal technology platforms. As it went through the process of IT outsourcing, I suspect it realised that it would be trading away some of its competitive advantage if it did not retain some of these systems in-house and keep on focusing on developing them itself.

Either that, or its IT infrastructure is not mature enough to go through an outsourcing process (you see this in some organisations that have not stayed up to date with their underlying base IT infrastructure platforms — hardware, software, virtualisation etc). This article from iTnews would appear to support that theory, detailing as it does a number of legacy platforms at Toll.

Either way, it is fascinating to see this happen. I would welcome (probably anonymous) comments from anyone who could fill us in on what is likely to be happening inside Toll at the moment.