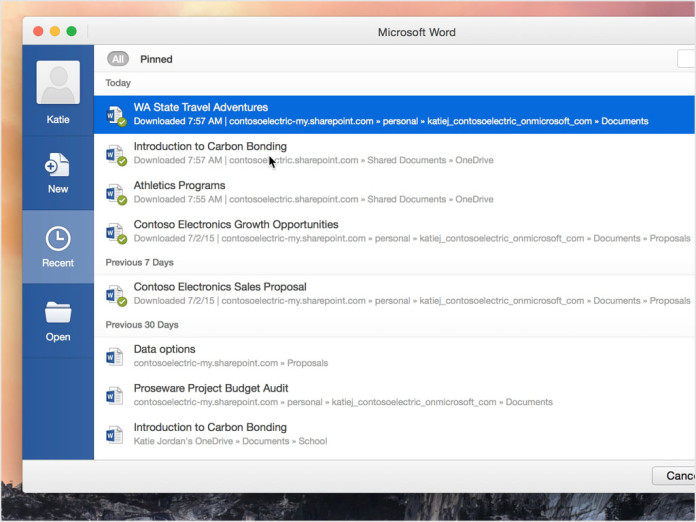 news Microsoft has reversed a lengthy trend towards jacking up the pricing on its software for the local market, with analysis showing Australians will actually pay significantly less for its brand new Office 2016 suite released this week than users in the United States.

Historically, Microsoft has charged users of its software outside of its US home market substantially more for access to its products.

For example, when the company first launched its Office 365 product in mid-2011, it jacked up the price by up to 76 percent in Australia compared with the cost of the exact same product in the US.

In the US at the time, Microsoft was charging US$6 per month per user for the software — or US$72 a year. In Australian dollars, at conversion rates of the day, that fee would be AU$5.70. However, in Australia, Microsoft charged customers AU$7.90 — a fee 38.5 percent higher than the equivalent US fee. And the markups increased if you bought more complete Office 365 enterprise packages from Microsoft — with the third-tier package going for AU$40.10 per user per month — or 76 percent more than the US$24 version.

At the time, the company responded to parliamentary pressure about Australian markups on its products by stating that it doesn’t set final prices to local customers — and stating that it was difficult to make direct pricing comparisons between countries, given differing local conditions in each jurisdiction.

The comments from the company followed a speech made by Labor MP Ed Husic in Federal Parliament at the time about price markups on a number of technology goods and services sold in Australia by multinational companies like Apple, Microsoft, Adobe and Lenovo.

Husic specifically mentioned Microsoft as one of the “culprits” in the issue, drawing attention to the company’s pricing on its Office 365 software as a service platform. “Microsoft’s flagship cloud productivity suite costs 76 percent more here than in the US,” he said.

However, analysis conducted by Delimiter this week shows that the trend has now reversed.

For example, Australians will now pay A$12 per month to access the Home version of Office 365 (which includes the new Office 2016 suite released this week), or A$119 per year. All the Australian prices listed in this article will include GST. And it appears it is possible to actually get the software even cheaper through some retailers, with Dick Smith currently selling a 12 month subscription to Office 365 Home for A$99 — or a 12 month subscription to the pesonal version for just $47 on sale.

In the US, however, customers will pay US$9.99 per month or US$99.99 per year. This will make the products significantly more expensive based on current exchange rates, which would translate to A$14.25 or A$142.66 per year. US prices typically do not include the tax costs as Australian prices would, but the prices are still substantially cheaper in Australia even after US taxes are applied.

The only version of Microsoft Office 2016 which appears to be cheaper in the US is the Office Professional 2016 version, which will cost Australian customers A$599, but which will cost US customers US$399.99 (A$571.02). However, taxes would be likely to bring the cost on par with the Australian price.

It is not immediately clear why Microsoft has decided to reverse its pricing strategy and charge Australians less for the same software than US residents.

opinion/analysis
The pricing of Microsoft’s Office 2016 products in Australia certainly represents a substantial change from the company’s past pricing strategy. In the past, Australians could expect to pay substantially more for the same products than US residents. No more — now the Yanks are paying more.

So what’s going on here?

Frankly, I don’t think Microsoft has suddenly turned over a new leaf and decided to treat Australians fairly when it comes to pricing on its software. That is just not the way mega-corporations work — they tend to try and charge customers whatever they think the market will bear, rather than setting prices equally on a global basis.

There is probably an element of currency fluctuation to what is happening here. I’m not enough of a financial guru to truly have much insight into that.

However, I think what’s also happening here is that Microsoft itself is struggling to convince people of the need to upgrade, and that it is cutting prices locally as a result.

The sheer fact of the matter is that with a few exceptions — for example, the way that Office 2016 is a massive upgrade for Microsoft’s dated Mac software — the new versions of Office will not offer many end user customers significantly more necessary features than previous versions. For a long time now, I have known many Australians who have been happy with versions of Microsoft Office and have seen no need to pay Microsoft hundreds of dollars to upgrade every few years.

To address this issue, Microsoft and other companies such as Adobe have tried to get people to pay annual subscription plans rather than upgrading every couple of years.

This model works well for those who use all the features of the software and like to stay on the bleeding edge, providing price certainty and avoiding huge up-front capital costs. But I think the software giants will struggle to convince many users why they should continually fork out for software they’ve been used to paying for only once.

The net result of this is that Microsoft is probably cutting prices in Australia to incentivise Australians to actually buy its products.

We’ve actually already seen this to some degree. Telstra — which had a close relationship with Microsoft on Office 365 — cut prices on the software in April 2012. Of course, in other areas Microsoft has lifted prices — for example in August this year it raised pricing on its Azure cloud computing stable by 26 percent.

In any case, it will be interesting to see if the prices keep on heading south. I can’t say that I have ever thought Microsoft was charging a fair price for Office — it’s just that you more or less had to buy it to get work done. Perhaps that is changing enough for Microsoft to change its prices.