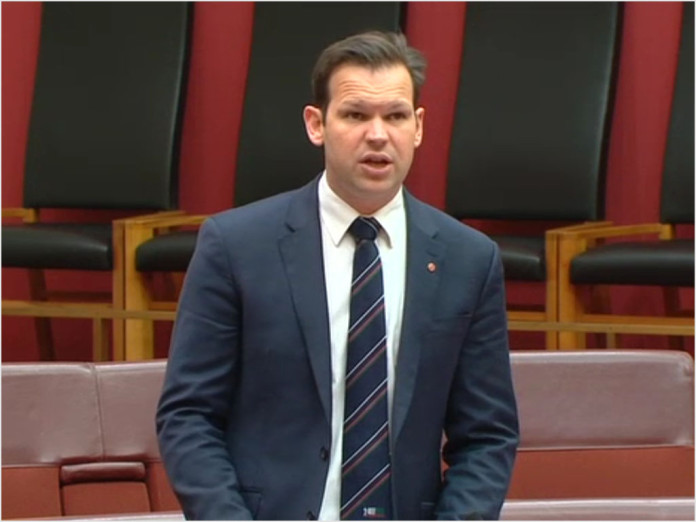 blog We’ve seen some pretty wild demands made in the Federal Parliament, but this one probably takes the cake … at least for this week. Queensland LNP Senator Matt Canavan has accused the Australian Greens of being hypocrites for simultaneously having concerns about the regulation of Australia’s mining sector while also using smartphones which use minerals in their manufacture.

To be honest, this whole argument is probably too silly to seriously analyse. I think most people would be pretty clear that the Greens don’t want to shut all mining down (aside from coal, which they do want left in the ground), but rather regulate it. The major policy difference between the parties actually relates to the degree of the regulation.

But I would point out one thing to the good Senator Canavan: I suspect you are going to have a hard time prying Senator Ludlam’s smartphone out of his hands. A very, very hard time. Good luck with that one ;)

In any case, here’s Canavan’s statement:

Senator Matt Canavan has called on Greens MPs to hand in their smart phones.

“It’s the height of hypocrisy for Greens Members of Parliament to steadfastly oppose mining in Australia but continue to use technology that can’t exist without mining products,” Senator Canavan said today.

“And Greens MPs better hand in their laptops too, because they have plastic cases made from coal.”

Senator Canavan has successfully moved a motion in the Senate noting that the Australian mining industry generates $138 billion per annum in exports to Australia’s economy, that every smart phone depends on mining, and that opposition to Australia’s mining industry would restrict the supply of these mineral resources and opponents should therefore refrain from using these smart phones and tablets.

“The Greens might be happy with reverting to something like the fourth millennium BC Sumerian cuneiform writing on clay tablets – though that would still require mining of clay. Would they be alright with that?”