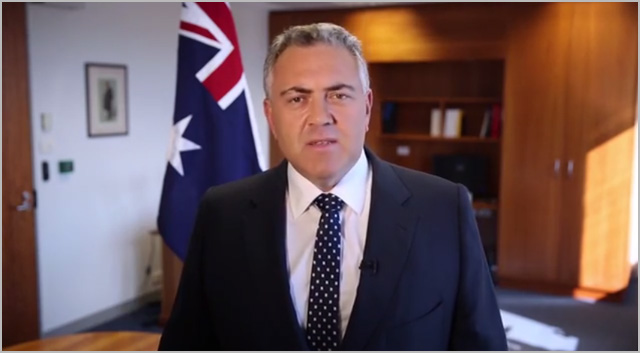 news The Federal Government has made good on the threat delivered this month by its Commission of Audit to “abolish” key early stage innovation industry support vehicles Commercialisation Australia and the Innovation Investment Fund (IIF), with the pair and others to be rolled into a new body dubbed the ‘Entrepreneurs’ Infrastructure Programme’.

For its own part, the IIF was set up to co-invest government venture capital into early stage companies, matching contributions by industry funds such as Carnegie Venture Capital, GBS Venture Partners and Innovation Capital Associated. It has existed for around 14 years and has helped successful companies such as job site SEEK get established.

Both were severely criticised in the Government’s Commission of Audit report released earlier this month. At the time, the report recommended both be abolished.

It stated: “Commercialisation Australia assists Australian businesses through the process of turning new ideas into commercial outcomes. The intellectual property, and any profits arising from these new ideas remains with the business, and there are no clear public benefits arising. The process of commercialising new products can often be a difficult one. However, skills and finance can be acquired from the private sector, and there is no clear reason for the Commonwealth to provide this assistance in competition with private sector providers.”

“The Government will start by abolishing a range of industry assistance programmes, saving over $845 million. We will refocus our effort on innovation and self‑reliance,” said Treasurer Joe Hockey in his Budget speech. “Businesses should stand or fall on their ability to produce the goods and services that people actually want.”

In their place, the Budget will provide $484.2 million over five years from 2013-14 to establish a new project dubbed the Entrepreneurs’ Infrastructure Programme.

“The programme will focus on supporting the commercialisation of good ideas, job creation and lifting the capability of small business, the provision of market and industry information, and the facilitation of access to business management advice and skills from experienced private sector providers and researchers,” the Budget papers state. “The programme will be delivered through a single agency model by the Department of Industry to achieve efficiencies and reduce red tape.”

The recommendations of the Commission of Audit to axe the two groups focused on in this article were immediately heavily criticised by the Australian Private Equity and Venture Capital Association, which issued a strongly worded statement on the issue. The recommendations were “flawed and demonstrate a lack of genuine commitment to fostering a stronger Australian economy in the future”, according to the association.

“The Commission of Audit has got this wrong – abolishing key support programmes such as the Innovation Investment Fund and Commercialisation Australia is not going to help our economy to become more innovative and more competitive into the future,” said AVCAL chief executive Yasser El-Ansary.

The Government will achieve further savings of $124.7 million over five years by reducing funding for the Clean Technology (Investment and Innovation) programmes and Cooperative Research Centres.

opinion/analysis
I am on record as supporting the abolition of Commercialisation Australia and the Innovation Industry Fund. As I wrote earlier this month:

“Hmm. This is a tough one. On the one hand, there have been demonstrable outcomes from both of these organisations over the years. Both have played a role in strengthening Australia’s fast-growing innovative (including technology) business sector, and both have an established position actively helping Australian industry. Many people will be upset to see them cut by the Abbott Government.

What should the Government do instead? Fix the employee share scheme mess in Australia and apply sharp tax cuts to the early stage, fast-growing startup sector in Australia, as well as applying further tax cuts for venture capital and angel investors to incentivise them to invest more. These would be much more powerful structural changes appropriate for a Government wishing to stimulate this area of the economy, and ones that would have a much more wide-ranging effect than merely picking individual growth winners, as Commercialisation Australia and the IIF are substantially wont to do.”

From tonight’s budget, it appears as though some of the functions of Commercialisation Australia are likely to continue in the new body, while it is unlikely the IIF will continue in any form. I guess we’ll find out more closer to the organisations’ closure date.