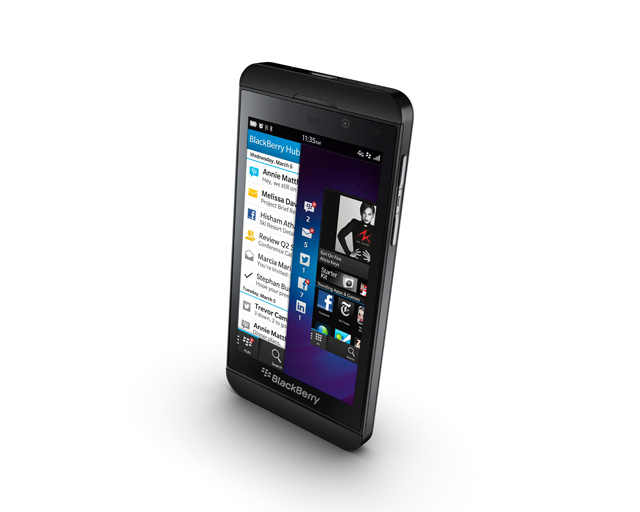 news Ailing smartphone and mobile device management company BlackBerry has announced several minor smartphone and software wins in the Australian market, as it continues its push to maintain relevance in the face of the continued onslaught of rival platforms such as iOS, Android and Windows Phone.

The company’s handset market share has sunk rapidly in Australia over the past several years, despite the introduction of several new flagship models in the form of the BlackBerry Z10 and Q10, along with its BlackBerry 10 operating system. Much of its role in the market has been taken by Apple iPhones and devices running Google’s Android platform, as well as by Microsoft’s Windows Phone platform, principally running on Nokia handsets.

However, in a statement released yesterday, the company announced that the Australian National Audit Office (ANAO) and Questas had selected BlackBerry Enterprise Service 10 (BES10) as their enterprise mobility solution, as well as adopting handsets from the company.

The ANAO is a small Federal Government agency which provides audit and assurance services to the Parliament as well as departments and agencies. In the 2012-2013 financial year the organisation had some 373 staff.

In addition to selecting BlackBerry 10 smartphones, according to BlackBerry, the ANAO is managing multiple mobile platforms using BES10 and BlackBerry Secure Work Space for iOS and Android devices, which creates a secure container on devices to access corporate data and enables IT departments to manage devices along with BlackBerry smartphones.

Gary Pettigrove, CIO of ANAO said in BlackBerry’s statement: “As a department that sets best practices for others, it is important that we deliver a mobile strategy that meets our strict security requirements, but also drives productivity through real-time communications and enabling choice for our employees. About 86 percent of our workforce is mobile and needs to work fast and flexibly across multiple functions of Parliament, whilst maintaining the integrity and security of national information. By enabling and protecting our workforce with control over the use of work and personal data, we are driving significant efficiencies among our workforce whilst leveraging the capabilities of BES10.”

Questas is a professional services company that has opted for BlackBerry smartphones over other devices due to the company’s stringent security needs, according to BlackBerry.

Chief Information Officer Ferdinando Cosentino said: “Questas provides centralised corporate services for a diverse network of sites all over Australia, so the ability to configure and secure our mobile devices remotely is essential for our ICT strategy. We looked into other mobile providers, however we found BlackBerry provided the level of security our business needs at both the device and network level, and is able to optimally satisfy our mobile requirements, while catering for other platforms as well.”

The announcement comes as an independent report released this week by leading Australian ICT research firm Telsyte found that BlackBerry was the most widely implemented MDM (Mobile Device Management) solution in Australia in 2013. In a market where MDM penetration more than doubled in Australia in 2013, the report also found that one in five businesses (with 20 or more employees) with an MDM solution in place used BlackBerry.

BlackBerry said the rising number of organisations in Australia embracing BES10 as part of their mobile strategy demonstrated Australian enterprises’ commitment to the BlackBerry solution, which is “recognised as the gold standard in security for Enterprise Mobility Management (EMM)”. BlackBerry has seen 65 percent of its Australian customer base migrate to or are trialing BES10 since its launch, according to the company, including verticals such as government, finance, mining and professional services.

Matthew Ball, Managing Director for Australia and New Zealand at BlackBerry said, “Our leadership in the enterprise market continues to expand in Australia and I am delighted to see this reflected in the findings of Telsyte’s report, in which BlackBerry is named as the most widely implemented MDM solution in the country.

“While we continue to win the trust of Australian government departments, we are also seeing significant traction in other regulated and private industries that want to enable workforce mobility with multiple devices, while maintaining company IP and data is protected and secure. We are looking forward to working with our partners and customers in the region in 2014 as we continue BlackBerry’s global enterprise momentum.”

opinion/analysis
It’s alive! Wow. First time I’ve received a media release from BlackBerry for a while. I had assumed the company was virtually dead in Australia. Looks like there is definitely some life in the old gal yet. Let’s hope it can keep this momentum going. At the very least, it looks as though BlackBerry may transition into being a strong enterprise software vendor in the MDM space, even if its handsets business eventually hits skid row.