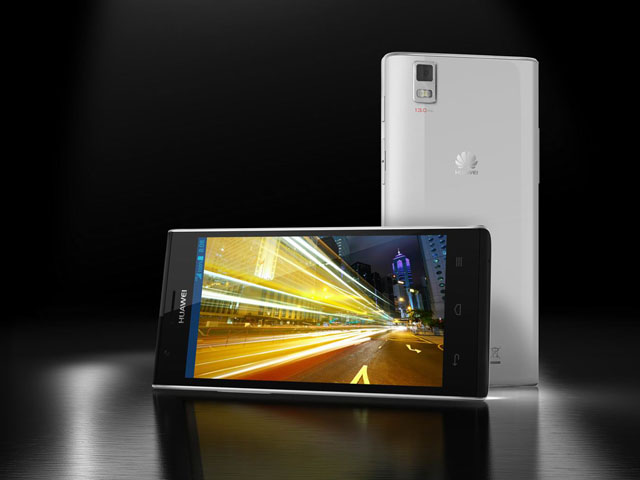 review With the launch of the Ascend P2, Huawei adds another high-end smartphone to its already strong range, with the smartphone’s high-speed category 4G networking delivering the Chinese networking and device vendor one of its first partnerships with Telstra. But does the P2 do enough to beat out higher priced rivals? Read on to find out.

Design
Historically, Huawei’s smartphone design hasn’t screamed ‘quality’. The company’s first few forays into the Australian smartphone market were of the cheap and cheerful variety, and that doesn’t normally encapsulate high-end design principles. However, since the release of the Ascend P1 last year, the company has been gradually improving the quality of the physical design of its handsets, to the point where they are now directly comparable to devices put out by larger brands such as Samsung and HTC.

The P2 is no slouch in the design department either, and it feels well-put-together, with solid build quality. Its front is composed of hard black plastic, and the model we reviewed had a back plate composed of softer black plastic. You can also get it in white. Most of the unit’s ports and features are close to where you would expect — the camera on the back at the top, volume rocker on the left-hand side, on/off switch on the right-hand side, micro-USB and 3.5mm headphone jack on top etc. The P2 measures 136mm by 67mm, and it’s 8.4mm thick, making it one of the thinnest smartphones on the market. It’s quite light at 122g.

All in all, the P2 reminded us like nothing so much as Samsung’s Galaxy S II unit, but a little more refined and next-generation in its design.

The only caveat to the P2’s design is that it is relatively boring and ‘standard’. This is a flat, thin, black or white plastic oblong like so many other models on the market. It won’t stand out in any way when you hold it in your hand. Some people may like that, but we can’t help but feel that in an age where glass, anodised aluminium and polycarbonate are being used so effectively at the moment by manufacturers like Apple, Samsung, Nokia and HTC, that Huawei could have gone a little further here if it wanted the P2 to stand out. Smartphones aren’t just functional, in 2013, after all — they’re consumer accessories.

Features
Probably the P2’s hero feature is that it is the first smartphone to launch in Australia supporting what is called ‘category 4’ or ‘CAT4’ speeds across the mobile broadband networks operated by Telstra, Optus and Vodafone. This means that in areas where the carriers use 20Mhz of contiguous spectrum, the P2 should be able to achieve moderately faster speeds than would be possible otherwise. I expect to shortly see most other smartphone manufacturers also gradually adopt the CAT4 4G/LTE standard in their devices — it’s only a matter of time.

Apart from this, the featureset of the P2 is relatively standard for a high-end Android smartphone released in mid-2013. You get a lovely large 4.7″ in-cell display running at a resolution of 1280×720 and coated with Corning’s Gorilla Glass 2 material. The CPU is a quad-core model running at 1.5Ghz, and 1GB of RAM and 32GB of on-board storage space is on-board. There’s no support for a microSD card expansion.

The rear-facing camera is a 13 megapixel model supporting 1080p video recording, while the front-facing model is a 1.3 megapixel model. The battery is a 2350mAh model. The operating system which ships with the P2 is moderately outdated — Android 4.1.2 — and it comes wrapped with Huawei’s Emotion UI interface on top.

Overall, the featureset of the P2 is solid, but not innovative. When it comes to next-generation software or hardware innovations, they tend to make their way into devices from higher-priced manufacturers such as Samsung or Apple first, rather than Huawei, so it’s not surprising to see the P2 not sporting new features not found elsewhere — apart from the support for CAT4 4G/LTE, which takes place at a chipset level. However, there isn’t a lot missing from the P2 either — on paper it’s a powerful beast with a lot to offer.

Performance
Look, we’re going to come out and say this: The P2’s performance is honestly not that crash hot, and it doesn’t perform at a level that its specifications would suggest. Let’s go through the bad news first.

The main problem which we saw with the P2 was with its camera. If you zoom in to a lot of the P2’s shots, you’ll see a lot of distortion at a certain detail level — distortion which you just don’t get with the cameras on other popular smartphones. For comparison’s sake, we’ve included a similar shot in this review taken with a Nexus 4. Note that these shots are not actually magnified in any way with Photoshop — the close-up photos presented here are at their native resolution. You can see that the Nexus 4’s camera just gives much better fidelity at this zoom level.

A shot taken with the Huawei Ascend P2 (click to zoom into the first shot): 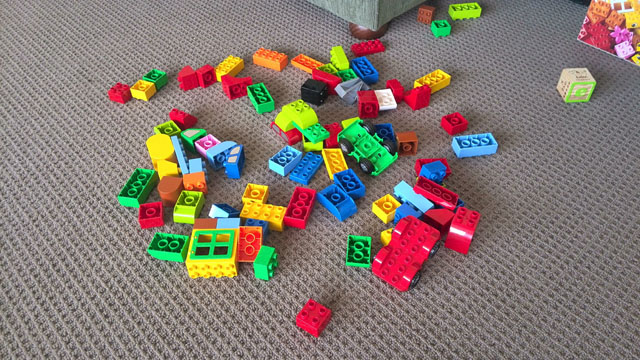 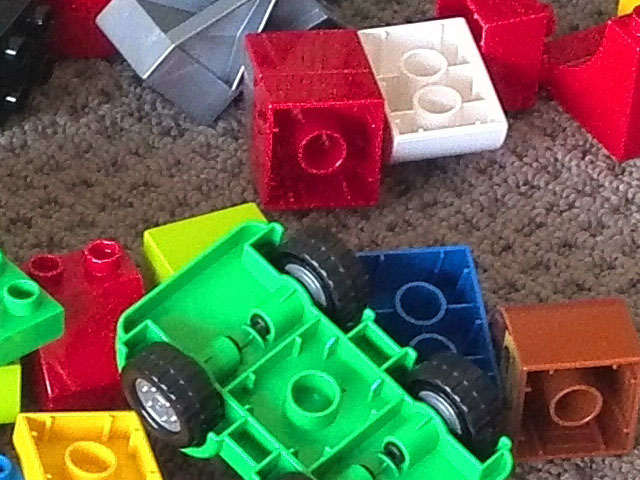 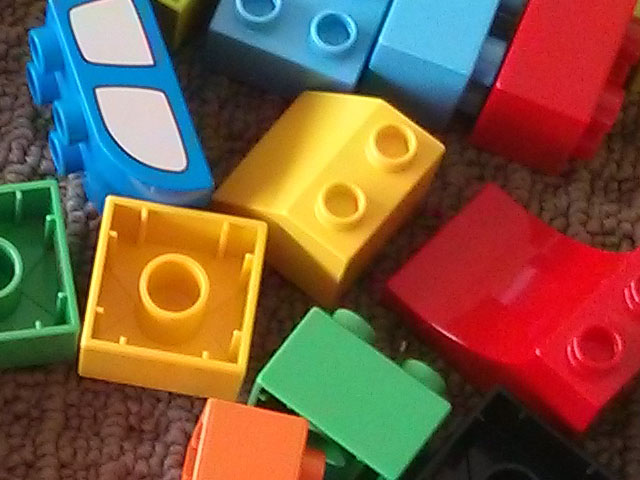 If you ignore this close-up issue, the shots the P2 took in general were not terrible. It generally accurately captured the scenes we were photographing, with decent camera speed, colour reproduction, light handling and so on. But at no point did we feel the camera was more than a pretty bog standard model. The best and most consistent smartphone cameras we’ve seen have been from manufacturers such as Apple and Nokia. The P2’s camera doesn’t measure up to the models this manufacturers have been pushing out.

The second issue is with the P2’s software performance. It’s OK, to be sure, and a few years ago we wouldn’t have had a problem at all with how user interface navigation and applications perform on the device. Neither would we have had a problem with the P2’s user interface quirks — Huawei’s Emotion UI interface modifies base Android substantially enough for it to become moderately annoying.

However, in mid-2013, Australians have access to the extremely slick and smooth native Android user interface found on devices such as the Nexus 4, Galaxy S4 and HTC One, with Google’s ‘Nexus experience’ stock Android install. And this stock Android install is just much better to use than the P2’s Emotion UI. It’s slicker, it’s faster, it’s standardised, the experience is consistent in terms of menu layout and you generally don’t get jaggy little delays when moving around and loading things, as you can occasionally on the P2.

I want to make this clear: Huawei should give up on trying to build its own software user interface at this point, and just include stock Android — AKA the ‘Nexus experience’ that Google promotes. Doing so would make the P2 a much better smartphone. The little performance delays and jagginess you’ll experience on the P2 show that the device’s software is not as well-integrated with its hardware as a unit such as the Nexus 4.

The P2’s battery, while decent, is also not as good as that of some other models. During the test period, we had several other units — an iPhone 5, a Nokia Lumia 925, a Nexus 4 and the Ascend P2 — all sat on the same desk next to each other, with all being used intermittently. Unfortunately, the P2 gave up the ghost first always, with the Lumia 925 typically lasting the longest (this isn’t a new trend for the Lumias — we’ve found consistently over the past year or so that they have solid battery life).

This isn’t to say that the P2 has bad battery life. But you’ll probably want to charge it at the end of every day, or halfway through the next — or else you may find yourself skirting close to the line.

Of course, there were some other aspects of the P2’s performance which were very solid. The CAT4 4G/LTE speeds are definitely there, and the P2’s network performance always feels very solid. The Gadget Guy did more comprehensive tests than we did, finding that speeds of up to 112Mbps were possible on Vodafone’s 4G network, for example, which enjoys quite a bit of 20MHz support in Sydney. You won’t really notice much difference in terms of your usual smartphone activities, but if you’re tethering the P2 to a laptop for mobile broadband access, you’ll really enjoy the higher 4G speeds possible through the device.

Conclusion
Overall Huawei’s Ascend P2 is a bit of a mixed bag. The unit has some of the fastest mobile broadband speeds in Australia, which is very useful if you’re tethering it to a laptop for work on the road. However, its camera has problems with graininess and other visual artifacts in close-up mode, and doesn’t measure up to the models found on other high-end devices in the market. The P2’s battery life isn’t a standout, and neither is its software performance and user interface.

Neither is the P2 overly inexpensive. When it launched in July, Huawei said it would be available on a $60 monthly plan from Telstra for no additional handset repayment fee; or it can be bought outright for $504. Customers who pre-ordered online before 30 July were also to receive a Huawei 10” MediaPad Tablet valued at $349 for free; but that special is over.

Unfortunately, for a few hundred dollars more, you can get a similar Android model from a ‘brand name’ manufacturer like HTC or Samsung, and we’d suggest prices on gear from competing manufacturers such as Sony, LG and Motorola, which are are not selling that well in the market compared with HTC or Samsung, will continually be creeping closer to Huawei’s prices over the next few months.

Right now, the P2 enjoys a price advantage over most of its rival high-end handsets out there. But with this price advantage gradually being eroded by devices with better underlying performance, we’d find it very hard to recommend the unit. Huawei’s gear is continuing to get better; but the Chinese manufacturer still has a ways to go before its smartphones and really taking it to the big boys of the market. Let’s hope it redoubles its efforts.

Other reviews we liked of the Huawei Ascend P2: WhistleOut, The Gadget Guy.