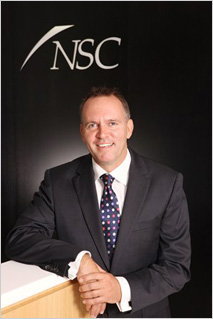 news The nation’s largest telco Telstra has substantially boosted its enterprise telephony business and thrown down the gauntlet to Optus through the acquisition of one of Australia’s largest communications and network integrators, NSC Group.

The company, founded back in 1989, is one of Australia’s most prominent communications and network integrators, working extensively with telephony and data sets from vendors such as Avaya. NSC has been one of the main independent beneficiaries in Australia from the boom in uptake of unified communications solutions and the integration of voice and data networks, but has remained as a private company over that time. It currently has more than 230 staff and 600 sizable customers across the Asia-Pacific region.

In a statement issued by Telstra yesterdya, the telco’s Network Applications and Services head David Burns said the acquisition would make Telstra the leading provider of unified communications solutions in Australia and strengthen its contact centre technology services.

“We are committed to giving our customers powerful communication solutions that improve the efficiency of their businesses and enhance the way they serve their own customers,” Burns said. “Contact centre solutions are highly valued by our customers and NSC’s technical skills, integration capability and reputation for speed to market make this an important and exciting addition to our NAS portfolio.”

“Similarly, unified communications can transform an organisation by integrating communication and collaboration applications such as voice, video, messaging, email and social media. Adding NSC’s capability to Telstra’s own unified communications and network-based services including cloud, managed networks and security, will help us create even more compelling solutions for our customers that can increase productivity, promote frequent collaboration and, ultimately, improve their own customers’ satisfaction.”

NSC Group chairman Craig Neil (pictured) — NSC’s main shareholder — said the acquisition would give Telstra complete contact centre capability and give current NSC customers access to the broader range of Telstra’s products and services. “We’re really proud of the business that we’ve built at NSC Group. We recognise our business is a terrific fit for Telstra. We know our customers will continue to receive outstanding service and our people will add great capability to Telstra,” Neil said.

The move positions Telstra to take on Optus more directly through competing with the Alphawest brand which Optus acquired back in 2005, and which also specialises in communications integration. It may also see Telstra go head to head on more corporate contracts with Dimension Data, which also has a strong unified communications/data networking practice in Australia.

The Financial Review has reported that the acquisition was valued at between $50 million and $100 million. Optus’ acquisition of Alphawest cost the SingTel subsidiary $25.9 million in 2005.

The news comes as Telstra appears to currently be undergoing significant change within its NAS division, which its chief executive David Thodey has positioned as one of the company’s key growth assets. In July Telstra’s Burns revealed Telstra would outsource the jobs of some 170 staff and 90 contractors within the division to Indian firm Infosys, the Financial Review reported at the time.

opinion/analysis
I’ve always been fond of NSC Group — it’s long been one of the gems of the Australian market, and its chairman Craig Neil is solid. It’s nice to see the company remain within Australian hands, even if it did have to sell to Telstra ;) I think this will be good value for both sides.