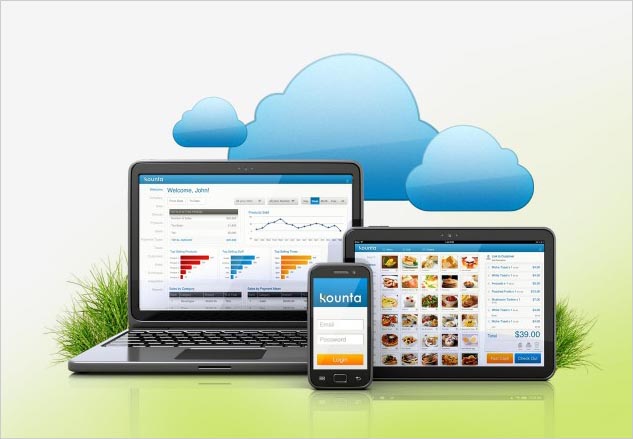 blog We’re seeing a great deal of investment in Australian technology startups at the moment. After years in the wilderness after the dot com crash, the local funding scene appears to be running hot. The latest cab off the rank is point of sale startup Kounta, which last week announced it had kicked off its first venture round, with Reckon founder greg Wilkinson kicking in an unspecified amount and joining Kounta’s board. The company is reportedly looking for up to $1 million in funding. Its media release:

Australian cloud point of sale startup Kounta has kicked off its first venture round, with Greg Wilkinson, Founder of Reckon, investing and joining the board.

Greg Wilkinson founded Reckon Limited in 1987, and until 2006 was the Chief Executive Officer. Following that, he was appointed to the position of Deputy Chairman. Under his leadership, Reckon grew from a startup in a Sydney apartment to a leader in accounting software and an IPO on the ASX.

Kounta has developed a powerful, flexible, and easy to use point of sale system compatible with any connected device. Merchants can run their entire store off an iPad, Android tablet, laptop or PC. It has already gained popularity among savvy Australian stores and proven its ability to help create a much better shopping experience.

The fund raising will be used to fund further product research and development, add to the Kounta executive team, and promote the solution to hospitality and retail merchants around Australia and the rest of the world.

Nick Cloete, Founder and CEO, Kounta: “The vast majority of hospitality and retail merchants around the world are stuck in the dark ages. They’re using antiquated software and hardware which has not caught up to how buyers and sellers want to interact. We know we’re tackling a huge market and we’re approaching it in a smart way. By being web-based, literally any connected device can become a Kounta POS. This means retailers can not only use the latest iPad and Android tablets, but also the existing hardware they have, and not make additional investments in new technology.”

“With a monthly subscription model, it’s much more affordable for merchants. We’ve also made Kounta very easy to use, but powerful, and built it so it can connect into complementary platforms like Xero, PayPal, Beat the Q, and more. We’re pleased to have Greg Wilkinson invest in Kounta and join the board. We’re already in discussions with local and global investors who are interested in what we’re doing, and we’re very confident we will revolutionise the bricks and mortar retail industry both here and abroad.”

Greg Wilkinson, Founder, Reckon, Board Member, Kounta: “Kounta is a disruptive force in retail and commerce, which represents a huge opportunity. While online retail is booming, a huge part of the global economy still focuses on bricks and mortar retail and hospitality. There are a number of things that can never be sold and experienced online.”

“I look forward to being part of Kounta’s growth. Nick and his team have laid an incredibly solid foundation, and I’m thrilled to join the team and help them continue to disrupt the way physical storefronts interact with shoppers.”

Quite a nice move for Kounta. The company’s technology looks interesting, and with Wilkinson on board, there would appear to be little doubt that the startup will eventually be able to find the expansion funds its looking for. We’d bet the long-term play for this company would be to get acquired by one of the big players in retail technology. That’s the way it usually winds up with these kinds of niche solutions.