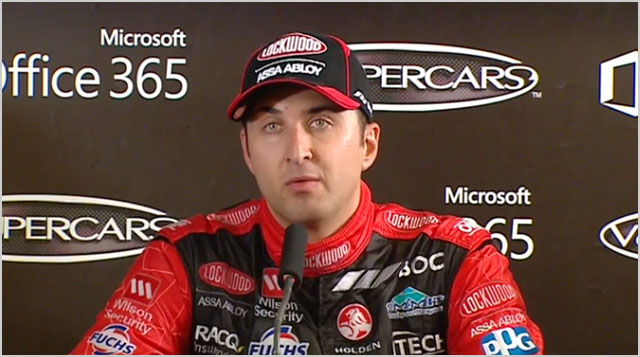 news Software giant Microsoft this morning revealed racing specialist V8 Supercars had adopted its Office 365 software as a service productivity suite, citing the fact that it had outgrown its previous IT platform and needed room for expansion.

“As a business we are operating in multiple locations, pretty much 24/7 during race season,” said David Malone, CEO, V8 Supercars. “Last year it became clear to us that we needed to transform our business while at the same time ensuring that our workforce was connected both in Australia and abroad. There’s thousands of stakeholders involved in the V8 Supercar Championship, and we need to be leading the category into the next era. Office 365 is going to help us get there.”

The company currently employs some 70 full-time staff, but also has a network of about 1,600 contractors and volunteers to help manage race teams, events and broadcasts to over 130 countries and online. At any given time, V8 Supercars has up to 600 people onsite and over 1000 volunteers.

“Being able to connect our employees securely to their email as well as their necessary documents is key to our global growth plans,” said Peter Trimble, the company’s director of Finance and Systems. “Our business runs primarily on contracts and intellectual property and now we can have multiple people accessing and collaborating on a single document in real time, from almost anywhere.”

“We are extremely cost-conscious and saw that moving to Office 365 wouldn’t cost more than maintaining our old systems, allowing us to stop worrying about server upgrades and provide a solid and consistent platform for our whole team now and support growth in future.”

“In preparing for a major race, there’s a lot of work that goes into advance planning. It’s really like constructing a small city,” said Kurt Sakzewski, General Manager of Events, V8 Supercars. ’There’s a lot of people involved and a lot of equipment that needs to be installed so we have months of planning with engineers, emergency services, security service providers, caterers.  It’s crucial that Office365 allows us to keep up to date, on the move, no matter which circuit we’re at.”

According to Microsoft, at each event, V8 Supercars works closely alongside engineers and trackside staff to ensure the company provides the drivers the best assistance possible. One of the main tools it uses, according to Microsoft, is Excel, to help calculate the fuel consumption of the teams. This data is shared among the core team via Office 365 throughout the practice runs and actual race, with driver’s race positions being updated in real-time, and shared between employees in the pits, mobile trucks and at different offices across Australia.

“Office 365 allows us to communicate between each other more easily and access information remotely, where previously we had to wait until we got back to the office to download the data,” said Damien White, General Manager of Motorsports at V8 Supercars “There are great amounts of statistics and information captured on a race day that we are now able to share between the race organisers, fans and the teams in real time now that we’ve moved to Office 365. We have massive V8 mobile offices parked onsite so that the team working at any given event can communicate throughout the day wherever they’re located using their mobile devices and Surfaces.”

According to Microsoft, V8 Supercars is poised to expand its popular motorsport brand into new overseas markets with video conferencing and instant messaging through Microsoft Lync. “Our plans for expansion include the USA and the United Arab Emirates, so we need to allow our employees to stay connected through video conferencing. Office 365 can support those plans and help us control our costs along the way,” said V8 Supercars’ Trimble.

opinion/analysis
Look, this is one of those rollouts where Microsoft has not just won a new rollout contract with a customer, but is clearly also engaged in a comprehensive marketing partnership across the board, of which the actual deployment is just one part. You can see this from this blog post by Microsoft blogger and Australian IT entrepreneur Long Zheng, who travelled to a V8 Supercars event recently on Microsoft’s tab. Zheng’s blog post highlights visually how the entire race track which he attended was plastered with Office 365 banners in a Microsoft marketing extravaganza. I’m not sure what the V8 Supercars audience would have made of it all.

You get a fair amount of this kind of activity in Australia. IBM has long sponsored the Australian Open every year, and so every year around January or February journalists receive an in-depth case study about how the Australian Open is proudly using IBM hardware and software to get its job done. Vodafone used to be a long-term sponsor of the cricket, and so often in Summer a cadre of tech journalists would head off to a one day match. You get cynical about this kind of stuff after you’ve seen it a few times.

Having said all this, the V8 Supercars example is fascinating here for a couple of reasons. Firstly, I would not have personally thought that the slightly remote locations in which V8 Supercars events are held would be conducive to working with Office 365. Given the fact that the software is heavily reliant on having a live network connection (as it’s a SaaS application), and the extreme urgency required in making sure that all technology works perfectly on race day, I would have thought it would actually have been better for V8 Supercars to go with traditional on-device installations of software such as Microsoft Office, rather than through Office 365. If your network connection goes down, after all, you still want to be able to get access to the data you need.

Perhaps I’m extrapolating too far here; perhaps V8 Supercards merely has great Wi-Fi support in all of its facilities backed by solid network connections back to mother Internet, and Office 365 never has any problems. However, personally, I would be very curious to know what the organisation’s lower-level employees (especially the petrol-heads) think of being shifted onto Office 365. Are they all for it … or do they see it primarily as a marketing-focused inconvenience that pushes SaaS onto them? Not all IT rollouts are done purely for technical reasons ;)