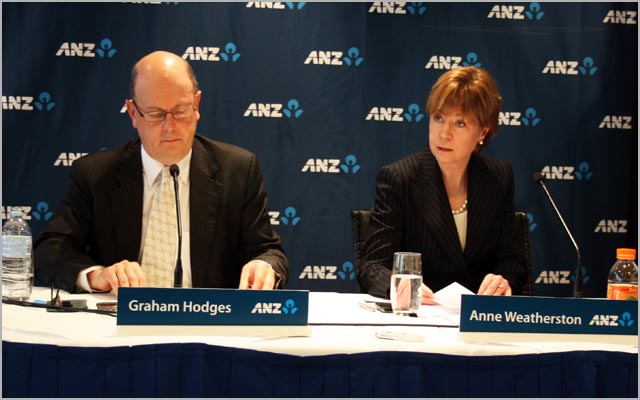 news Industrial regulator Fair Work Australia has issued a ruling supporting ANZ Bank’s decision to shift some 260 Australian and Indian staff IT testing staff to employment with outsourcer Capgemini, rejecting union demands that the bank must negotiate with staff over the move.

In early June this year, the bank revealed it would shift 110 Melbourne IT testing staff and a further 250 located in India to employment with outsourcing and consulting company Capgemini, in a bid to deliver what it described as a “step change” in its development operations.

The bank has long operated a major in-house offshoring facility in Bangalore, where it conducts much of its development work, due to the lower cost of using Indian IT staff and the access to a deeper talent pool than is available in Australia. Commentators have highlighted the bank’s maintenance of the facility as an in-house owned operation as a way to ensure the quality of the work done at the facility, as compared with a completely outsourced solution. However, with its shifting of 250 of those roles to Capgemini, ANZ appears to be moving away to some degree from the in-house Indian IT outsourcing strategy it has pursued over the past decade.

At the time, the bank said there would be no job losses amongst permanent employees, the bank said, with staff being offered “comparable roles with Capgemini with comparable entitlements”.
However, the Finance Sector Union, which represents some of the workers to be affected by the move, subsequently took ANZ to Fair Work Australia, arguing that a “majority support determination” should be made that would allow the affected Australian employees to negotiate with the bank over the issue.

According to documentation published by FWA last week and first reported by iTNews, the FSU argued that its members wanted to bargain in relation to the terms and conditions of the shift to afford them some protection when the relevant part of ANZ Bank was sold. In addition, the union argued that the the process of negotiation would not hinder consultation and indeed it could be seen as a subset of the consultative process currently being undertaken by the bank around the outsourcing.

“The FSU submitted that whilst the intention was to have the transfer occur on 1 September, there was no concrete evidence that this would happen on this date as it was merely an objective. It submitted that in its experience, these matters often take longer than originally planned,” FWA wrote.

ANZ Bank opposed the need for a majority support determination, according to FWA, on the basis that there was “no realistic possibility” of an agreement between the two sides being concluded before the transfer data of 1 September this year; that it would be inappropriate to commence bargaining and usurp the current “consultative” arrangements, and that the employees chosen to negotiate should not be deemed as “fair chosen” under the applicable legislation.

ANZ Bank’s manager of Global Employee Relations, Ben Walker, argued, according to FWA, that negotiations between the affected outsourced employees and the bank could affect the situation with respect to the bank’s other 24,000 employees globally.

In his determination, FWA deputy president Gregory Smith noted that there was a specific provision in the employees’ existing agreement with ANZ to deal with the outsourcing circumstance, ” and the focus should be on implementing this aspect of the agreement fully to deal with issues raised by employees for consideration by ANZ”.

“The process of consultation and negotiation are different and having them run side by side could only add another layer of uncertainty to the relationship between the employer and the employees,” Smith wrote.

“I don’t underestimate the apprehension and concern of the employees at this change but the current agreement provides for this process and specifically allows for the bank to manage its business and provide acceptably alternative employment to employees in the event that a redundancy is in contemplation. The current circumstances have been comprehended by bargaining and the Agreement reflects that outcome.”

ANZ’s move is just the latest in a large wave of IT outsourcing activities which are impacting banks and their workers across Australia. In December 2010 National Australia Bank reportedly confirmed plans to shift some 425 IT staff to IBM, and Westpac has been engaged in similar initiatives over the past year that have already affected hundreds of IT staff and may affect many more.

opinion/analysis
You can see why FWA made its determination; if there was already a clause in the ANZ Bank employees’ contract to cover this situation, it would make sense to use it.

However, I personally feel that this situation calls for a little more consideration than is being shown to the employees here. Much of the time, when you take a new job, you have very little choice about taking that job — it’s a case of take the job being offered or don’t have a job for another three months, especially for entry to mid-level employees. And when you do take a new job, normally you get very little control over the contract you sign — in my experience, it’s just issued to you as a fait accompli.

If a major Australian organisation decides to “transfer” the employment of a large number of its employees to another organisation, then it should be forced to negotiate with those employees over the terms and conditions contained therein. That’s just fair — both from an employee perspective and from an employer perspective. The truth is that ANZ Bank sprung this move on its employees without virtually any advance notice, and that ruthlessness does not represent ethical corporate behaviour. It may be legal, but it’s not nice.