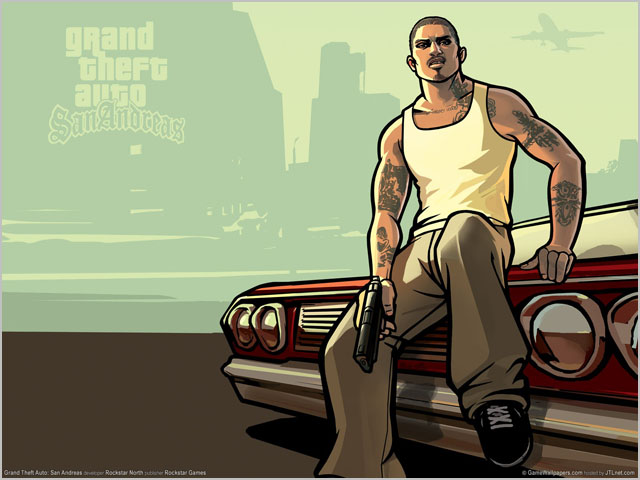 news Several high-profile members of Australia’s technology and gaming industries have written directly to the Seven Network, alleging the television station’s report last week into a call to have the video game Grand Theft Auto banned in Australia did not represent fair coverage of the issue and made incorrect statements about gaming in general.

The report — aired last week and available online — saw NSW Attorney-General Greg Smith unexpectedly calling for the popular GTA series and other video games to be banned. The call came on the same day that the Federal Government released final guidelines for the new R18+ classification for video games, which various industry and community groups have been calling for for years.

The report quoted Smith in favour of extremely violent games being banned, as well as Jim Wallace from the Australian Christian Lobby. However, THQ Asia-Pacific marketing director Col Kennedy and “gamer” Jonathan Wilk were also quoted as stating that adults should be able to choose which content they consumed.

However, for some Australian gaming and technology figures, the network didn’t go far enough in attempting to tell the other side of the story.

“It is our opinion that not only was there a lack of balance in the reporting, but the piece contained a number of elements that we contend were either factually incorrect, or deliberately misleading,” wrote Ron Curry, chief executive of the Interactive Games & Entertainment Association, in an open letter (PDF) to Seven head of news and current affairs Peter Meakin.

Curry pointed out that the Seven report featured a shot allegedly taken from Grand Theft Auto which was never released in Australia and could only be accessed if the game was hacked. “My concern is that to identify and use this screen shot, this fact must have been known to your production team,” he wrote.

In addition, the executive stated Seven’s use of images of young children playing first person shooter games which were clearly labelled and sold only to mature audiences was “exceptionally misleading”. “A huge amount of effort is spent by video games publishers, industry and retail organisations to ensure that these games are classified properly within Australian law, community is educated about children’s access to appropriately classified material, and that restricted content is sold in line with these classifications,” wrote Curry.

“We would argue that using images of what appear to be four and five year olds playing games that are classified as MA15+, and therefore legally restricted, is not reporting on the issue, but rather using selective imagery to deceptively generate an emotional response from your audience.”

In addition, Curry objected to Seven’s use of a link between video games and the Norwegian shooting tragedy, highlighting the fact that only passion mention was made of video games by shooter Anders Brevnik in his manifesto; “which as reported by the ABC, does not demonstrate a causal link in the context of a 769,412 word document (the equivalent of eleven doctoral thesis)”.

Several of the iGEA’s complaints were echoed in a similar open letter to Seven (PDF) published by Geordie Guy, former vice chairman of Electronic Frontiers Australia.

Guy alleged that good journalism should contain at least both sides of a debate, and ideally also contain a viewpoint from those affected — in this case, video game consumers. Although Seven did include several different points of view on the issue, Guy wrote that the report contained “essentially no alternate positions”, and didn’t detail the fact that most other Westernised countries already maintained an R18+ video game rating.

Guy also alleged that Seven didn’t provide evidence for its claim that similar games to GTA had been banned in other countries, or back up the claim that violence such as the Norwegian tragedy could have been influenced by someone playing video games.

With this in mind, Guy said, he believed Seven had breached the Free TV Australia code of practice, which states that a television licensee may not broadcast a program which is likely to simulate news or events in such a way as to mislead or alarm viewers.

opinion/analysis
It’s hard not to broadly agree with Curry and Guy in their complaints against Seven. It is true that the TV network’s broadcast did not present both sides of the story equally. In addition, many journalists no longer consider the Australian Christian Lobby a credible source of information, due to the constant stream of extreme statements the organisation has shrilly made over the years, and the fact that it does not appear to accurately represent the political views of most of Australia’s Christian churches.

Furthermore, I agree that it is irresponsible for Seven to allow a link between Anders Brevnik and video games to have been made on national television. There is no such link.

However, let’s give Seven some credit here. The station did expose the previously hidden extreme views which NSW Attorney-General holds about video games — all the more surprising in the context of NSW’s support for a national R18+ standard. This was a valid news yarn, and one that Seven pursued. It’s for this reason that I followed their report with one of my own.

Secondly, Seven did present opposing sides of the story. Sure, they didn’t have equal weight — we didn’t, for example, see THQ’s marketing chief labelled as such, and for part of the opposing view we were treated to a bunch of bikini-clad babes in a petrol station giveaway. This had the effect of trivialising this portion of the debate.

But again, Seven didn’t report that unfairly. It did give both sides airtime, and most of what it reported was pretty accurate.

What I would have liked to see is some more editorial judgement from Seven. How about, instead of allowing the ACL free reign on national television, recognising that it’s a fringe group and not representative of the mainstream? How about self-censoring the spurious and irrelevant Brevnik references? How about showing some shots of journalists’ questioning Smith’s extreme views as being largely irrelevant to the Australian mainstream?