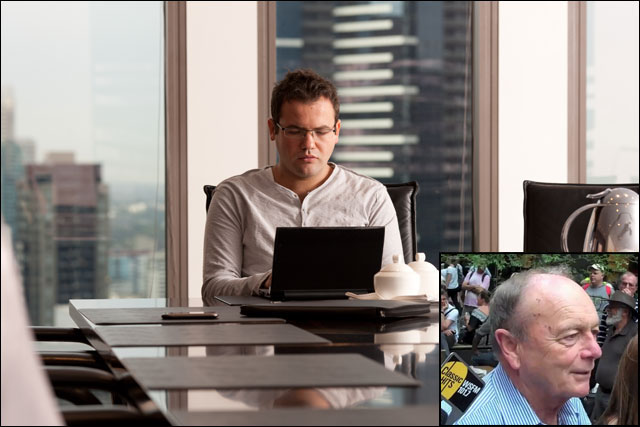 blog Well, well, well. How the rebellious have fallen. First you slam them, then you achieve a cautious peace with them, then you start backing them to the hilt.

“Now, as you may know, we think that Mr Harvey has many failings. But, there is no doubt he has also contributed a huge amount to the growth of the retail sector in Australia over the past few decades and is rightly regarded as the doyen of Australian retail, having provided many jobs to hard working Aussies, and invented a retail franchise model which was very innovative in its time.

Like him or hate him, Gerry Harvey is not a criminal – he should not be singled out for some supposed moral crime simply because he has complied with the law, and has sought Australian timber to use in his furniture. If anything, the use of Australian timber likely keeps more Australians in jobs, and puts bread on the table for many families.”

Kogan, of course, has a bit of a vested interest in this whole area, courtesy of his Milan Direct sideline business, a furniture importation business. We’d read his intervention into Harvey’s timber troubles as an angle on getting Milan Direct into the press … and on the basis of this blog post, it looks like that effort has been a success. Meta.