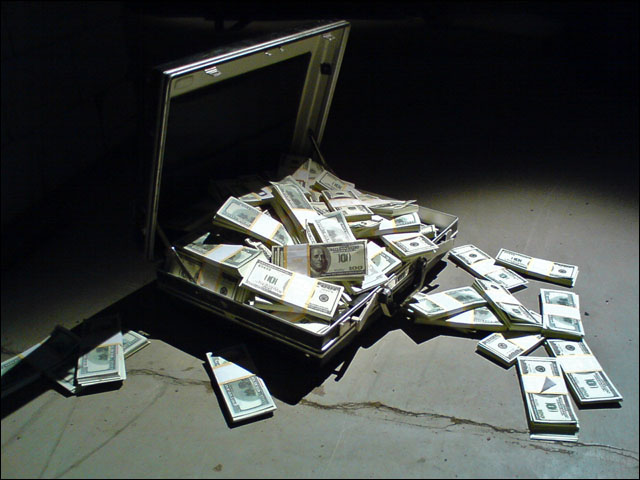 opinion When independent Australian video gaming studio Firemint merged with fellow Melbourne development house Infinite Interactive just four months ago, there was an awesome and very public feeling of camaraderie around the occasion.

The pair produced a comic strip panel joking that their respective Flight Control and Puzzle Quest franchises could take over the world with their powers combined. And the two founders had known each other for years previously – for the better part of a decade, they had been two of the most innovative and — eventually — successful game developers in the growing Melbourne scene.

The mood at the time was relaxed and happy, as if two old mates were toasting themselves in their local pub, having finally gotten jobs together that would allow their creativity to flow fully, throwing off the vestiges of past corporate shackles as they raised their glasses.

How different the mood this week.

The first news of Firemint’s acquisition by one of the world’s biggest global video game publishers, EA, emerged from a stale and lifeless press release issued by EA to a global newswire service and then published on its own website.

The document is remarkable. It is just four paragraphs long and contains no quotes whatsoever from anyone associated with Firemint, nor any detail about what the future might hold under EA’s umbrella for the Australian development house.

Instead, the industry was treated to several sentences from Barry Cottle, an executive with a standardised corporate waffle of a title – executive vice president and general manager of EA Interactive (whatever that is – aren’t all video games interactive?). Cottle noted that Firemint had achieved “critical and commercial success” … and basically noted that EA expected that to continue. You can picture the executive’s eyes rolling dollar signs as he mouths the word ‘iPhone’, again and again to himself, fumbling with his wallet.

It was if some EA secretary had simply gotten ‘Press Release Template A: Small Acquisitions’ out of her corporate closet, inserted Firemint’s name and a few other tiny details and then hit the ‘send’ button, ticking off ‘Meet mandatory disclosure obligations’ on her little corporate checklist before making a cup of weak tea and staring out the window into a vacant parking lot. Perhaps EA’s mergers and acquisitions legal team did the same thing with the acquisition agreement itself.

Later yesterday, Murray took a few minutes out to publish his own statement about the deal.

“We have heard some pretty funny questions coming through,” he wrote, noting he wanted to cover off some basic facts – notably, Firemint would stay in Australia, it would operate with “very high levels of autonomy” and he would continue to run the company, with everything being more or less “business as usual”.

Don’t worry, everyone – the kids will be fine.

Now some of what Murray wrote makes complete sense. He noted that Firemint had already been working with EA, even before its Flight Control success over the past few years – making a stack of mobile games for the company – including titles such as Madden, the Sims DJ and Need for Speed Most Wanted. And so an acquisition by EA shouldn’t be considered that unusual. “I would forgive people for believing that we didn’t exist before Flight Control, but we’ve been in business since 1999,” Murray said.

But some of it just sounds plain weird.

Murray noted that Firemint needed EA’s help “in order to win”. EA, he claimed, would free up Firemint to focus on “the creative stuff that really matters”. The video game giant believes in Firemint, Murray added, trusts the studio and will provide resources to help it develop great games.

The only problem with this is that EA has in the past demonstrated the complete opposite approach to what Murray is describing, when dealing with the studios which consist of the churning factory of EA products.

Unexpected layoffs, long hours (sometimes unpaid), shutting down high-level and successful studios for producing a couple of poor games despite previous successes … the list of EA’s faults has gone on and on over the years. The company might best be described as the Microsoft of the gaming world.

In the industry, EA has earned itself a reputation as the evil empire of gaming – doling out yearly editions of titles such as Madden, NBA Live, FIFA and so on, charging full prices for minor upgrades year in, year out, and corporatising a form of entertainment which many consumers have come to view as an art form in and of its own right.

Of course, like Microsoft’s recent resurgence and internal cultural revolution, EA has also undergone its own transformation over the past several years – leading to gaming greats like id Software legend John Carmack to remark that EA was no longer the Big Bad. “I’ll admit that, if you asked me years ago, I still had thoughts that EA was the Evil Empire, the company that crushes the small studios … I’d have been surprised, if you told me a year ago that we’d end up with EA as a publisher. When we went out and talked to people, especially EA Partners people like Valve, we got almost uniformly positive responses from them,” Carmack said in 2008.

But there is no doubt that shadows of the old EA remain – and will likely always be there.

With this in mind, you have to ask the question of why Murray and his band chose to sell Firemint to the gaming giant.

It’s extremely hard to believe that EA will consent to deliver Firemint the degree of artistic freedom that the company could have achieved on its own as an independent studio. There will be missives on high from Redwood that Murray and co will not be able to ignore. This is a truth universally acknowledged. The Americans will place their fat fingers firmly in Firemint’s pie — and then take those digits out and satiate themselves on juicy artistic goodness

Secondly, it’s also hard to believe that Firemint really needed the capital backing that EA will be able to provide it with to expand its operations. With Flight Control having recently clocked up almost four million sales through Apple’s iTunes store (the game sells for $1.19), Firemint undoubtedly has plenty of spare cash to throw around at the moment – and a fat line of credit from any major Australian financial institution would be incoming at this point if Murray clicked his fingers.

Hell, the financiers don’t even need to come from Australia – the US market is far more used to video game development risks, and far more cognizant of the growing Firemint iOS empire. Let the Yanks dance to an Australian studio’s tune for once. It’s not as if venture capital companies like Accel Partners have been shy of throwing fat wads of cash at Australian companies over the past 18 months … I’m sure they can find a few dozen million extra greenbacks behind the couch.

Of course, it is always possible to argue that Murray wanted to sell his company to cash out, and EA came along at the right time with the right offer. But again, this doesn’t make sense. After spending ten years building up his little empire, why would Murray sell Firemint to EA, of all people? If he truly wanted to exit the business, a sale and bidding process could have been kicked off – or, if it was unsuccessful, at least Murray could have retired to the board and let someone else manage his baby. Hell, he can do what he wants — the success of his company means he is likely already rich.

One further thing disturbs me. It is clear that EA’s offer must have come about relatively recently – otherwise, Firemint would not have merged with Infinite only a few months before. It’s as if, with the two companies in the one house, Firemint suddenly made the grade of EA’s ‘most-wanted’ list and an offer became viable to the bean-counters at HQ. This sale seems opportunistic, above all else. Snap up two of Australia’s highest-profile independent developers before synergies from their merger kick in and they grow even faster.

Now, most in Australia’s video gaming industry will no doubt see the acquisition of Firemint as a win for Murray and his team – recognition that they’re able to play with the big boys internationally, and a potential victory in terms of the resources being invested in Australian gaming development.

But (like, no doubt, some of Firemint’s staff) I can’t help feeling the way I have always felt when seeing something amazing that Australians have built with their own blood, sweat and tears being snatched up by a massive, impersonal, multinational. Like so many Australian companies before it, Firemint has now missed its chance to become something truly great – it has cashed in its chips and joined the mothership.

The road to building large companies in Australia is not easy. It is the hard path. The path of most resistance. And yet, unless enough company founders choose to do it and not to sell out to the multinationals, our nation will never develop the ‘smart’ economy that so many dream of – as our profits, our brainpower and our best inventions are sucked up by overseas companies who will ultimately see them as little more than a tiny figure, somewhere, on a balance sheet in a boardroom in California.

Murray and Infinite founder Steve Fawkner might still be toasting their financial success this week. But they are no longer doing so alone. Next to them in the pub sits an incredibly overweight American man wearing a cheap suit with his tie undone, guiltily smoking an imported Cuban cigar, with his hands in their pockets fumbling for change, asking them to pass the wedges, and adding another dash of Kentucky bourbon to his brimming glass. That man is EA. And he is now Firemint’s future.