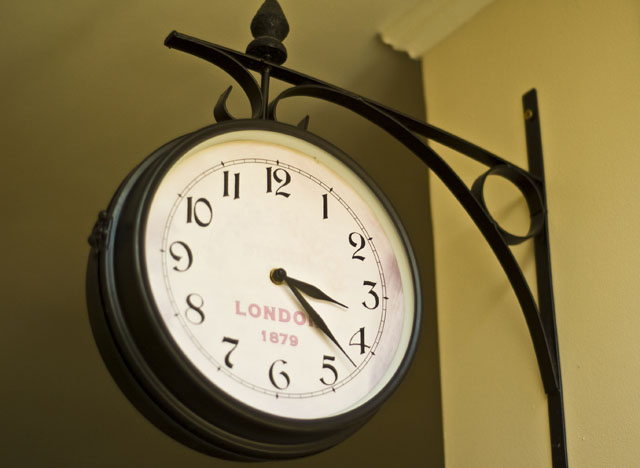 blog Wow. It has been a simply massive 24 hours in NBN-land (which, in our imagination, is best described as a climate-controlled datacentre room with a view, where Mike Quigley and Kevin Brown sit casually in director’s chairs quietly sipping Earl Grey, examining ping times to remote locations and murmuring “excellent” to each other in quietly satisfied voices).

Let’s go through some of the stuff which has happened.

THE GOOD
Because of the several dozen pages of amendments which everyone’s favourite Communications Minister dumped on Federal Parliament on Wednesday, the Senate will now sit for an extra day today to go through the proposed changes to the two NBN bills currently being debated. Frankly, while we consider much of Conroy’s changes to be spurious and even dangerous, it’s good to see the Senate continue to work on a Friday (like the rest of us).

We’re paying for this democracy, goddamnit. Let’s get our money’s worth — even if it’s just for cheap laughs at Labor stalwart Conroy describing the Coalition as ‘stalinistic’ and taking potshots at Liberal Senator Simon Birmingham. Quoth iTNews:

Conroy accused the Coalition of adopting a policy on telecommunications regulation that amounted to “just do Telstra’s bidding”. “I appreciate you’ve been a wholly-owned subsidiary of Telstra for so long you’ve got a big orange T on your forehead,” Conroy told Senator Birmingham.

Also good was an update on the moves by the government’s Future Fund investment house to further sell down its stake in Telstra. The Future Fund, truth be told, has never demonstrated that it really knows what it’s talking about in trying to help guide Telstra’s tricky path through the troubled telecommunications sector, and it’ll be good to see it taking a less active role. Writes Stephen Bartholomeusz at Business Spectator:

It will certainly please Telstra’s board and management that the fund’s capacity to try to intervene in their affairs has diminished so significantly with the sale of shares equivalent to about 4 per cent of the company since the start of the year.

THE BAD
AAP tells us that NBN Co now has another two years to finish its national rollout. Of course, we knew this from NBN Co’s corporate plan release late in 2010. But to see it formalised in legislation is still a little disturbing. It’s now 2011, and the question has to be asked whether — with Labor already being forced to work with a hung parliament, an unpopular Prime Minister, an Opposition still vowing to cancel the project and several elections in between now and 2020 — whether the NBN will make it that far.

Let’s get this done as quickly as possible, should be the mandate.

Secondly, the Government has secured amendments to the NBN legislation which enshrine the right for NBN Co to sell services directly to utilities such as energy companies, with the aim of facilitating their rollout of smarter infrastructure, among other uses.

The problem with this is that — as the Opposition has pointed out — it makes a mockery of Labor’s aim for NBN Co to be wholesale-only, and opens up a whole raft of potential future problems. Why is it only utilities, for example, that need to get direct access to the NBN? It seems logical that large organisations such as mining companies could argue that their provision of basic infrastructure in certain regions means that they, too, should get direct access to the NBN.

And there are other reasons to be concerned … NBN Co scope creep, a potential degree of vertical integration, reducing the oversight powers of the ACCC … these and more are outlined in another excellent piece at Business Spectator. As Stephen Bartholomeusz points out, this is truly legislation on the run, and its long-term consequences are thus far unclear.

THE UGLY
Finally, Optus chief executive Paul O’Sullivan had a bit of a spray at Conroy’s last minute amendments to the NBN legislation currently before Parliament in Canberra, describing them as “a curve ball” and threating to pull Optus’ support. The most detailed story (with video) on this can be found at ZDNet.com.au.

Two things bother me about this … firstly, why — when Conroy is directly engaged in debating these issues in parliament — would Optus choose a public venue, at the last minute, to express its concerns about the amendments? Doing so implies O’Sullivan and his team don’t have the direct access to Conroy’s office that they should have by this stage.

In addition, the idea that Optus could convince Conroy to change the amendments — even as he is arguing them in the Senate — simply beggars belief.

Secondly, what would it actually mean for Optus to pull its support for the current NBN legislation? Not much, as far as we know — the telco will pretty much be forced to deal with whatever situation the Government hands it. Optus could have some leverage on the Government if it was currently negotiating a similar deal to Telstra’s, to migrate its customers onto the NBN. But we don’t know if it is.

In general, O’Sullivan’s comments yesterday highlight a lack of engagement with the Federal Government on the NBN issue. As Telstra’s key rival, Optus should have known about these amendments ahead of time and been consulted on them. The fact that it didn’t — and, we can assume, it wasn’t consulted — shows it is increasingly being left out in the cold in the national NBN debate. O’Sullivan’s comments yesterday represented a sideline to the main NBN debate — instead of the important engagement in it that they should have been.