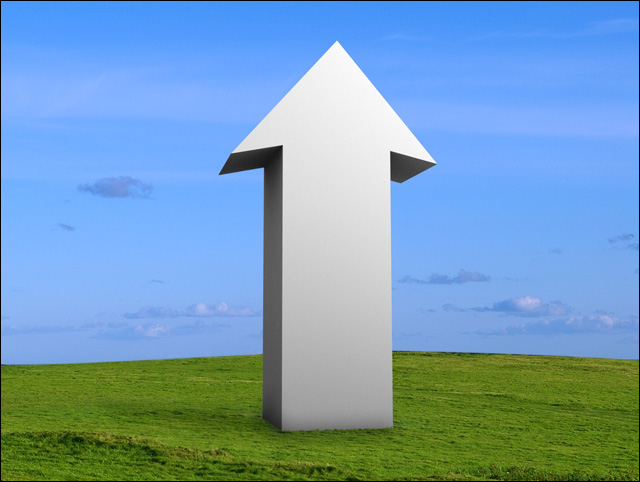 The future of Australia’s telecommunications sector might be best described as ‘up in the air’ at the moment. The rollout of the fibre-based NBN and its disruption to existing broadband networks, the ongoing debate about how valuable wireless spectrum might be allocated and a series of acquisitions that have cut the number of significant players down drastically are all contributing factors.

This level of uncertainty has plagued the industry for some time – and it doesn’t look like it’s going to go away any time soon. But not every company is contributing to the verbal sound and fury – some appear more focused on being quiet achievers.

Yesterday national broadband provider TPG Telecom issued its latest set of half-yearly financial results. Although rival telcos like Telstra, Optus and iiNet use such occasions to publicly detail almost everything going on in their businesses, TPG’s results briefing package was, as per its custom, relatively sparse – just a page and a half of management commentary and a brief PowerPoint pack focused on the numbers.

But if you delve beneath the surface at the telco, you’ll find a hive of activity.

Despite the fact that the NBN fibre rollout will make ADSL broadband infrastructure obsolete in just a handful of years, the company’s general manager of sales and marketing Craig Levy said yesterday that the company was continuing to deploy ADSL infrastructure in telephone exchanges “where it makes good commercial sense” – particularly where the telco had already invested and where it had an ‘offnet’ customer base using wholesale services from another telco like Telstra.

The ADSL rollout is being fuelled by a significant 900km-long expansion of the fibre network which TPG acquired when it bought national fibre player PIPE Networks several years ago.

Levy said the expansion was in part coming about due to a significant contract PIPE signed with mobile telco VHA in November last year, to roll out dark fibre to the company’s mobile phone towers. The expansion represents a 60 percent increase over PIPE’s existing footprint of approximately 1500km and will also allow TPG to extend its reach into the business market by laying fibre past corporate office parks and so on.

Unlike most of its large rivals – Telstra, iiNet and Internode, for example – TPG has not commenced a trial of services on the fibre NBN infrastructure already built in Tasmania. But it may not need to just yet. Levy said the company already sells services based on the GPON standard – which the NBN network uses – in the corporate space on the PIPE fibre network, and TPG is becoming more familiar with GPON-based rollouts all the time.

“Just like other carriers, we have had talks with NBN and will engage with them more closely as there becomes more clarity about their timing,” he says.

The PIPE acquisition in general is also having an impact on TPG’s overall costs – with Levy stating that the company was making good use of the PPC-1 submarine fibre cable PIPE built to the Pacific island of Guam to connect in to international networks to the US and Japan. The infrastructure is proving particularly important, given the industry trend towards ADSL plans which feature unlimited download quotas.

Some of this is showing up in TPG’s financial results. The company experienced both revenue and earnings growth over the past six months to the end of January – with revenue up 15 percent on the same period 12 months ago, to $278 million, and EBITDA up 47 percent to $113 million. Net profit after tax was up 23 percent to $33.8 million.

But perhaps the biggest change in TPG’s fortunes right now can be seen from the number of customers who are taking up its bundled offerings, where users buy more than one service from it – for example, voice telephony, broadband and even mobile access.

In the past six months, some 52,000 TPG customers have taken up its bundled offerings. Although overall off-net and on-net customers shrank in the period, the bundled growth made up for it, with the company now boasting 516,000 broadband subscribers in total, a number up 27,000 on July 2010. The numbers of mobile subscribers also grew by 16,000 in the period.

Levy says that for many years, TPG successfully delivered broadband as an “add-on” to normal fixed-line telephony services via the Line Sharing Service (LSS) on Telstra’s network.

“We now find ourselves delivering both the voice and data components of the total offering off our own network using the various formats of wholesale [unbundled local loop services] we purchase,” the executive says. “Consumers are flocking to this product – they save money and they never have to worry about download limits again.”

The executive believes TPG has an inherent advantage in the space – describing the company as one of the very few that has a “national voice network” with interconnects in 65 call collection areas, and with 359 telephone exchanges enabled for PSTN (public switched telephony network) voice capability – which he says makes TPG second only to Telstra.

With its fibre backhaul assets both locally and internationally to support its bundled offerings, Levy says he expects the “real momentum” around bundling to continue throughout 2011.

Of course, TPG has its challenges as well. The company has in the past had a reputation for poor customer service, and for its size, receives more complaints to the Telecommunications Industry Ombudsman about its services than rival ISPs like iiNet and Internode (although it receives less than Telstra and Optus, for example).

And TPG is facing a renewed rash of competition from companies like Telstra — which is also experiencing success with bundling — and iiNet, which recently kicked off nationwide advertising campaign to promote its position in the market — and is still bolting on customers organically and via acquisition.

However, in an industry which is still rapidly consolidating around key players, TPG will continue to be a telco to watch. Yesterday the company upgraded its earnings guidance for the 2011 financial year slightly, to a range of $225 million to $230 million. In a chaotic market, it’s a sign of a company confident about the future and it’s place in it.