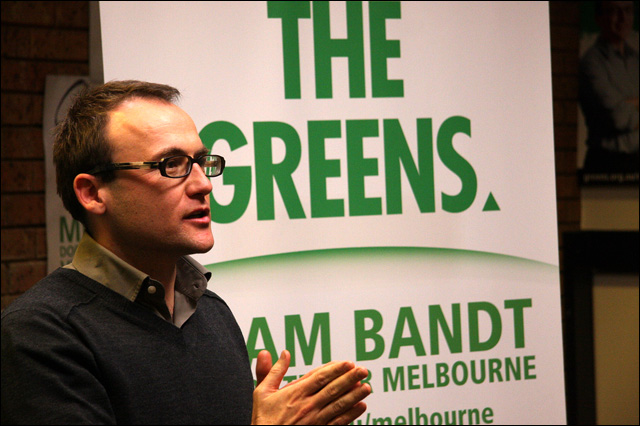 The Greens last night celebrated what they described as “a big win for transparency and openness” regarding Labor’s flagship National Broadband Network project, successfully moving amendments to the current NBN legislation before parliament that will open up NBN Co to scrutiny through Freedom of Information laws.

The party had been pushing for the measure over the past several months, after it emerged that NBN Co would not be subject to FoI requests because of its status as a government-owned corporation. A deal was struck with Labor on the issue in late February, despite Prime Minister Julia Gillard’s prior statement on the issue that NBN Co’s FoI exemption had been “ordinary business”.

“This is a big win for transparency and openness in the rollout of high-speed broadband in Australia,” sole Greens MP Adam Bandt said in a statement last night, as the National Broadband Network Companies Bill 2010 and the Telecommunications Legislation Amendment (National Broadband Network Measure — Access Arrangements) Bill 2010 passed the House of Representatives.

“High-speed broadband is crucial to Australia’s future and it is essential that its development is subject to high levels of accountability. The amendments will mean NBN Co is subject to FOI Act in the same manner as government business enterprises such as Australia Post, Medibank and the CSIRO.”

Bandt thanked the Labor Government and independent MPs for the “constructive” way they had approached the issue. But the MP described the Coalition’s efforts as “a last minute attempt to derail the amendments”.

Greens Communications Spokesperson Scott Ludlam said the bills would now move into the Senate, where they would be subject to “detailed consideration” by the Standing Committee on Environment and Communications — which will report on the legislation on March 16.

Other legislative progress was also made regarding the NBN yesterday. The Greens also reached an agreement with the Government to create a new 16 seat parliamentary Joint Committee to oversee the rollout of the NBN, with both sides of politics and cross-bench members of parliament to also be represented.

Knocked back
However, not everyone had as much luck — with AAP reporting the narrow defeat of a motion by Shadow Communications Minister Malcolm Turnbull which would have made NBN Co a prescribed authority under the FOI legislation. It appears that such a move would have given the FOI legislation further powers over information relating to NBN Co’s commercial activities.

“The PWCA was founded a hundred years ago,” he added. “That PWCA has been excluded today from its duty by a government which is unaccountable and reckless … the PWCA is there to do a job and should be allowed to do it, but the government is afraid to let it examine this gigantic project.”

But Minister for Infrastructure and Transport Anthony Albanese rejected Turnbull’s claims. “NBN Co will remain subject to full parliamentary oversight,” he said. “We have a House of Representatives Committee and immediately after this debate there will be the proposition for a Joint Committee.”