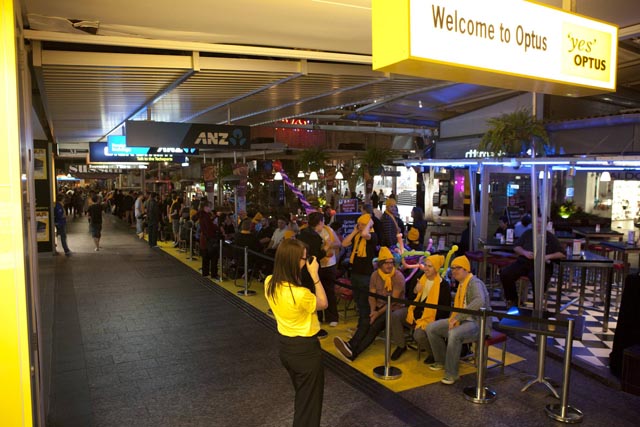 Its rivals Telstra and Vodafone Hutchison Australia have over the past several weeks detailed mobile network expansion plans in the hundreds of millions of dollars or even more. But SingTel subsidiary Optus doesn’t appear fazed by the revelations — laying out progress on its own efforts in a detailed statement this week.

After challenging months with its under-performing network and its customers worried at their personal information being exposed, troubled telco VHA this week revealed it would install new 3G equipment at 8,000 mobile base stations across Australia. The decision has been discussed over the last 12 months and comes as Telstra also announced a significant upgrade of core parts of its network to the LTE standard.

Analysts agreed VHA’s move to establish a single vendor platform (Huawei) may position VHA to compete with Telstra in the LTE field. But rebuilding the base stations across all Australia may also affect telco Optus, which last year took advantage of some VHA’s coverage issues.

Optus and VHA have been sharing 3G network sites and radio infrastructure across Australia since late 2004, when the two telcos signed a joint venture agreement to share the costs of the network and deliver it faster. Since then, they shared more than 2,000 base stations nationally. As VHA now moves to re-build from scratch its network, an Optus spokesperson said the decision would not affect previous agreements.

The 2010 investment – the spokesperson said – catered for 600 new sites in metro and regional Australia, facilitating the construction transmission and fibre backhaul to the majority of Optus’ metropolitan sites, as well as the expansion regional links to high capacity bandwidth to support the growth in regional areas and to increase the capacity of its 3G mobile sites through packet core and the use of spectrum.

Also, they said Optus has invested in portable mobile base stations able to be deployed to assist disaster recovery, special events such as music festivals — and it was also investing in “extensive in-building coverage” — such as in major shopping centres, sports arenas and transport hubs across major CBDs nationally.