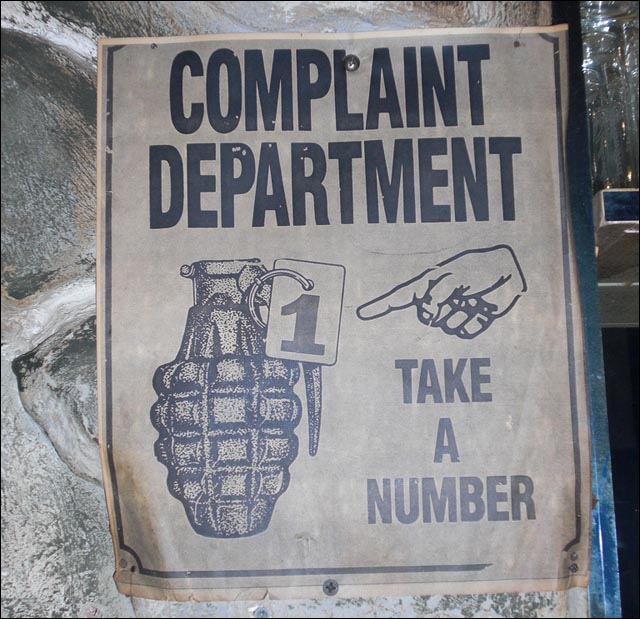 opinion Throughout my life in Australia over the past (almost) 30 years, I have always enjoyed participating in one of our culture’s time-honoured traditions.

It’s a tradition which most Australians enjoy, no matter whether they are rich or poor, male or female, or what ethnic background they call their own. And it’s even a tradition which we share with other worthy cultures such as the French, the Russians, Latin Americans and even the English — despite our current animosity when it comes to cricket.

I speak of course, of laughing at the silly Americans.

Australians, by and large, are somewhat fond of Americans, in the way that one might be fond of a bumbling cousin who keeps on making obvious mistakes. They’re our friends and colleagues. But they are quite different from us in many ways. “Look at the silly Americans!” we love to say. “They are constantly suing each other! They have that idiot George Bush for a president! They never eat fresh food and survive off Coke and donuts! Their healthcare system is a joke! They can’t even walk up the stairs to go to the gym!”

Don’t even get me started about the crazy type of football that they play. It’s probably safe to say that very few Australians have ever truly understood gridiron — and no wonder, when the rules are so much more complicated than our sensible and practical game of AFL.

Nothing is more emblematic of this attitude towards Americans than the way that Australians are currently watching the country’s slow march to having more than one telco which sells the Apple iPhone (hello, Verizon, welcome to the party).

In Australia, when the iPhone 3G first launched in mid-2008, it launched on three major mobile telcos simultaneously. Not so in America. In the US, Apple limited iPhone distribution to AT&T — despite the fact that some people believe its mobile network to be among the worst. I need hardly remind Australians of the depth of angst this caused, due to the ongoing congestion of AT&T’s network. TechCrunch blogger and Apple fanboy MG Siegler, for one, has been on a daily crusade on the issue. In December he wrote:

“For the past 10 days, I’ve been in Paris … there was something peculiar about my iPhone in Paris. It actually worked. Like it was supposed to. All the time … And this is hardly the first time I’ve experienced this. Back in April, I was in Japan for a little over three weeks. I was floored by how well the iPhone worked there.”

No shit, Sherlock. Why does it come as a surprise that the US might not have the world’s best everything? Silly American.

Now, I had previously been laughing at the Americans for putting up with their AT&T issue. If they cared so much, I thought, why didn’t they just dump their iPhone and adopt Android on a better network; or even crack their iPhone and take their existing device elsewhere? It’s not like it’s hard to do so. You could even have an Oprah show to explain the technique. But over the past few weeks, I’ve realised that to laugh this way would be hypocritical, as Australia is currently hosting an even bigger and more vocal bunch of lazy whingers than exists in America.

I speak, of course, of Vodafone customers.

Right now, there are thousands of angry Vodafone customers clogging internet forums, the company’s customer service help line, and even my own email inbox, with complaints that the brand’s network is simply not up to scratch. Some 9,000 of these people are so frustrated by the fact that the handful of pocket change they’re paying isn’t earning them the nearly infinite mobile access they thought it would that they’re prepared to take part in a class action lawsuit.

Now as much as I would love to sympathise with them, these people just crack me up. And I’ll explain why.

To start with, it’s been pathetically obvious that the Vodafone mobile network hasn’t been up to scratch for some time. In June last year, for example, analyst house IDC made the audacious claim that Optus’ 3G mobile broadband was only four percent behind Telstra’s Next G offering across a range of criteria.

The claim was greeted by a howl of protest from readers who pointed out a range of areas where Optus’ network was deficient — and IDC itself acknowledged Next G was on average 60 percent faster. Here’s the kicker: At the time, IDC didn’t even bother mentioning Vodafone’s network … which was presumably somewhere far behind in their tests, a distant third.

As early as August 2008 CNET reviewer Joseph Hanlon was warning readers to check Vodafone’s network footprint carefully before committing to a mobile broadband contract. Then there’s the fact that VHA continually refuses to disclose how fast its network actually is — as opposed to Telstra, which will tell you down to the last Mbps.

Wow, what a shocker. Warning signs much?

Yes, yes, let me say it clearly. Vodafone customers, you were warned about this. You were told, years in advance, constantly, that the network you were signing up to was patchy, slow, and full of holes.

And yet, despite the fact that Telstra has built a billion dollar alternative (Next G) which many onlookers consider to be a visionary piece of engineering and possibly curently the best mobile phone network in the world, you were still determined to save $10 per month off your mobile bill and go for the cheaper option.

Now you’re reaping the consequences of that choice.

Now, I don’t want to say all Vodafone customers are whingers. For starters, many (including the founder of Vodafail himself) have already successfully exited their Vodafone contract at minimal cost and have gone elsewhere. These sensible souls have no doubt now been welcomed with open arms by Telstra’s rapidly improving customer service team and are now enjoying the benefits of a mobile network which … just simply works — as insane as that may sound to a Vodafone customer.

But let’s face it: The vast majority of the 9,000 customers who have signed up for the class action lawsuit against the telco are probably still struggling along, refusing to quit their contract and getting frustrated every day when their network stalls or drops out.

To these people I say: You are butting your head against a brick wall.

It will take at least a year for Piper Alderman’s class action lawsuit to generate any results, and even if it does, you will only get a proportion of your wasted contract money back, after the law firm and its backers take their (substantial) cut. Fighting the lawsuit will diminish Vodafone owner VHA’s resources even further, and likely distract from planned network improvements. There is also no guarantee that the upgrades will have any real impact on any individual customer’s situation.

Furthermore, VHA has already allowed some customers with demonstratable problems to quit their contract early without penalty. So how much more invitation do Vodafone customers need to stop whinging and take action? It’s like the world is handing them a golden ticket to a free ride and they’re hanging on for double platinum cash-out payday millionaire bonanza.

Don’t whinge about the company which is providing you with poor service, then sue them, and finally, demand the Government do something about their security problems. It’s an open, competitive market, people. DUMP THEIR ASS AND PICK ANOTHER PROVIDER. How hard can it be? Really, Vodafone customers, how long will it take you to realise you can go elsewhere?

And one last thing: This “class action lawsuit” business in general.

Let’s face it: In reality, most Vodafone customers who have signed up for this instant cash grab will have spent less than $2,000 in total — usually, far less — on Vodafone services over the past year or two. The only reason so many have signed up is because it takes so little effort to do so — literally, 30 seconds to fill out an online form and then a little more time to respond to any further enquiries the law firm may choose to make.

The truth is, for Vodafone customers, participating in a class action lawsuit is essentially an attempt to validate what was their own poor choice of network provider to start with. These are people trying to prove to themselves that they weren’t the only people taken in by Vodafone’s marketing spin, that they actually made the right decision but were lied to, that above all — it’s not their fault, it wasn’t me, I didn’t do it, don’t blame my decision.

However, the truth is, Vodafone customers, it was your fault. You had, and still have — a choice. Your constant complaining and participation in this ridiculous class action lawsuit will in fact go far towards perpetuating the idea that Australians — when it comes to their ability to make sensible purchasing decisions — are no better than … you guessed it: Silly Americans.

Renai LeMay dumped Optus in mid-2010 after a series of network hitches and is now a loyal and satisfied customer of Telstra’s Next G network.