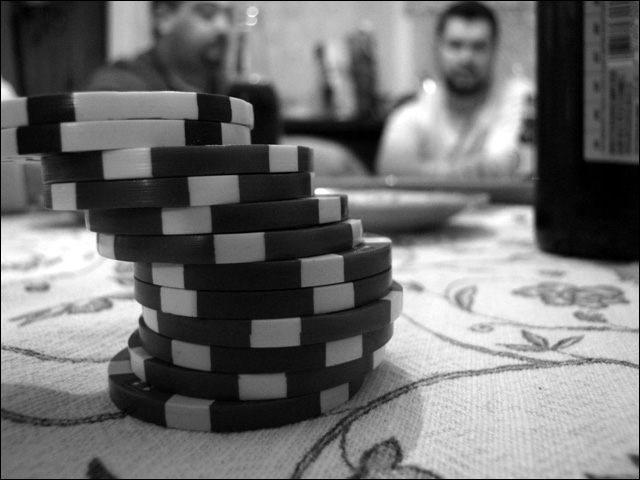 blog Every time we take one of our periodic glimpses into the seething mass of pure mind blast that is the blog of Exetel chief John Linton, we find ourselves highly entertained by this precocious and highly talented individual (hey — did you start your own multi-million dollar ISP? Enough said).

This week’s posts revolve around Exetel’s annual Christmas party, which, Linton tells us, took place at “the usual room” at Sydney’s Star City Casino. Entertainment was a mix of a caricaturist, Tarot card reader and “close-up” magician which appeared to go down well.

And Exetel even allocated its staff some free chips to gamble their way through the night (the amount depending on how long they’d been with the company), along with what Linton described as “more than adequate amounts of high-grade alcohol”. Linton himself appeared to be on a winning streak:

“I then played craps for around half an hour — almost all of that time I was the shooter rolling 29 consecutive ‘numbers’ (remarkably not a single 2,3 or 12 ) and during which period I trebled my starting stake and left when I finally rolled a seven to much back slapping and ‘onyas’ at both ends of the table – apart from the sour faced woman who continually bet against me and seemed to lose the best part of $5,000 in that short space of time.”

Oh, to be a fly on the wall at that game. Or, you know, in Linton’s office most day. But not all has been going as well for Linton of late.

In recent posts the Exetel chief has also taken aim at independent MPs Rob Oakeshott and Tony Windsor for supporting Labor’s National Broadband Network vision; a project Linton has long seen as, to put it mildly, as a waste of time. Referring to Henry Ford’s well-known statement regarding people of his era desiring faster horses as a better mode of transport, Linton wrote:

“I think it would be fair to say that we only have Ms Faustus as prime minister because the 2010 equivalent of the people Henry Ford apparently commented on voted for an NBN and therefore Labor and two pig ignorant dummies in mid/Northern NSW also sold their souls based on their stupid decisions to back that woman for the same reason.

So pig ignorance, a common characteristic of universal suffrage and a voting age of 18, has consigned Australia to spending money it doesn’t have on the 21st century’s version of “faster horses”. (It’s ironic that this folly was only made possible by a couple of hayseed MPs whose electorates have more horses than most other places in Australia).”