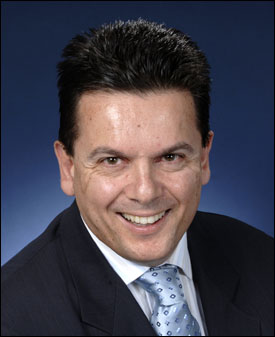 It’s only been a matter of days since independent Senator Nick Xenophon forced the Federal Government into a corner over one piece of legislation pertaining to the National Broadband Network; now he’s flagged plans to do it again.

Last week Xenophon forced the Federal Government to set up an committee to scrutinise the NBN rollout and secured the release of a summary of NBN Co’s business case, as the price of his vote on Labor’s controversial telecommunications reform legislation.

In a statement today, Xenophon said the NBN legislation allowed for “a special deal for companies such as Telstra”.

“This tax-payer funded enterprise needs to be a true level playing field to attract my support for the upcoming legislation,” he said. “But right now there is scope within legislation that could see larger telco’s being granted cheaper access than smaller players and that is simply not acceptable.”

Xenophon claimed clauses in the legislation would allow NBN Co to “discriminate” when it came to pricing, in a technique that he said could end up reinforcing the market domination of current large players like Telstra.

“Last week I voted for the structural separation of Telstra, because I believed it would increase competition and help consumers,” Xenophon added. “But allowing for preferential pricing on the NBN for certain companies will hurt competition and in turn hurt consumers. I will not be supporting those Bills unless every provider gets the same deal, regardless of their size or power.”

“This Government needs to act in the interests of consumers, not a few select giant telcos. We’re talking about a lot of taxpayer dollars. The NBN will be partially owned by everyone and it must provide equal access to anyone. Otherwise the Government can forget about my support.”

Introducing the bills last week, Communications Minister Stephen Conroy said they set out the regulatory framework for the NBN, establishing governance, ownership and operating arrangements for NBN Co, as well as rules for the supply of NBN Co’s “wholesale-only” telecommunications service.

“These rules include affording retail telecommunications providers access to the NBN on terms that are subject to strict non-discrimination and transparency obligations,” he said at the time.