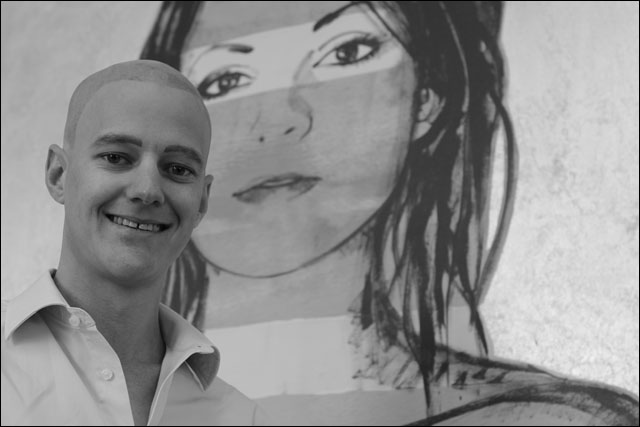 Steve Orenstein is the CEO of Connect2Field, an Australian cloud-based application which helps service businesses manage their field workers and jobs to improve, organise and simplify their business. He’s passionate about the startup sector — being a well-known face at industry events. Orenstein is our guest this week on the Friday Five.

First job ever was working delivering the local paper … I had to get up early in the morning and drop off about 300 papers. I was about 14 at the time and it turns out that was one of the last jobs I had. Since I was 19 I have been running my own companies in IT, so I’ve have been lucky enough not to be employed by anyone (other than myself) since then.

Globally Australia is a very small percentage of the world’s economy, yet Australian technology is able to compete on a global level. Technology is one of those great industries that gives smaller players (like Australia) the ability to have a truly global reach and impact. I think we (Aussies) are really starting to show the world what we are capable of from a technological standpoint. Using the internet and things like VOIP with international dial-in numbers we can have customers from all around the world ring our company for the cost of a local call.

Between working and spending time with my girlfriend, family and friends, it doesn’t leave time do much else … Two things I am really passionate about — apart from technology ;) — are scuba diving and flying. I am currently studying for my pilot’s license.

I often go to startup events and most of the time I meet people who are talking about starting a technology business. Unfortunately most people only talk about the idea without actually starting. The best thing anyone can do who is thinking about starting is actually starting. The first step is the hardest — don’t be afraid of failing, you only fail when you stop trying to succeed. You will learn a lot along the way and the startup phase is the most exciting!

I’ve seen a big change over the past year in the industry with more and more opportunties and support for startups. StartMate and Silicon Beach are good examples of help that is out there, along with companies like Pollenizer and Syd Startup. We have a huge amount of skills in Australia and we should make sure this skill is being used in the best possible way.

I really like what the guys have from 37 Signals have done. They have moved their company from a consulting company to a company which turns over millions of dollars selling their software. They have a very similar model with what we are doing with Connect2Field. In addition, about 2 years ago we saw the guys from Atlassian talk at a startup event. I could really identify with the things they had been through while their company was growing. It’s awesome to see such a successful global company which was started by Aussies.