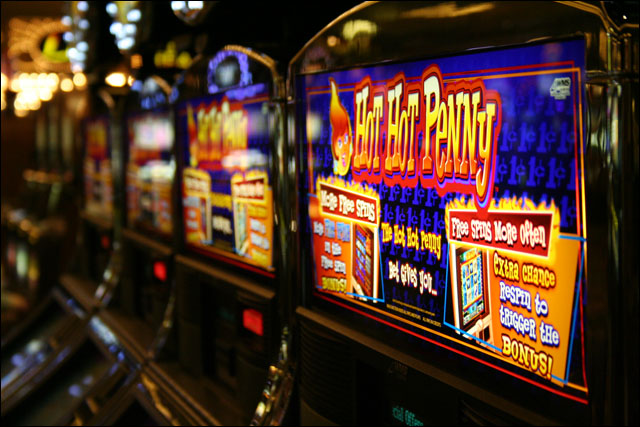 Tasmanian independent MP Andrew Wilkie has won a commitment from Prime Minister Julia Gillard that Labor would enforce an overhaul of poker machine technology if Labor takes Government, involving what is called “pre-commitment technology” being applied to the gambling devices.

As part of his deal with Gillard which will see him support a Labor Government, Wilkie told reporters in Canberra this afternoon — in a press conference broadcast by the ABC’s News 24 channel — that the pre-commitment technologies would be implemented by 2014 under a Labor government.

Wilkie said Gillard had given him a commitment that if a Labor Federal Government couldn’t get the state governments to agree to the implementation, it would force the issue through legislation.

“The Federal Government is prepared to create legislation to force the states to act on gambling and poker machines in particular,” he said.

Wilkie said with the login technology in place, individual settings for the whole system could be easily changed to suit each gambler and drive an overall improvement in their lives.

Opposition Leader Tony Abbott also “saw the value in pre-commitment technologies”, but the discussions with Labor contained more detail, Wilkie told the press. “I was left with more confidence that the ALP had the wherewithal to pull it off,” he said.

One item on Wilkie’s priority list that he discussed with Gillard was the National Broadband Network, but he did not immediately disclose what the content of his discussions with the PM on the matter was — although he did note he had discussed all items on his list with Gillard.

Wilkie is a former Greens candidate, although he stood this election as an independent. Harm minimisation of gambling through pre-commitment technology is also a Greens policy. Further information about how the Greens sees the matter is available on the party’s site.

Independent South Australian Senator Nick Xenophon, who has long campaigned for poker machine reform, immediately hailed the agreement as a victory, speaking to the press after Wilkie’s own disclosure.