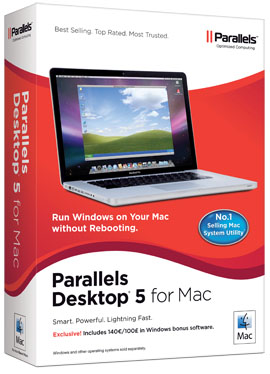 Virtualisation specialist Parallels — best known for its software which lets Mac users run Windows applications on their Apple desktop — has opened an office in Australia, on the back of strong local interest in its products.

According to his LinkedIn profile, the company has had a general sales manager locally — Neil Morarji — since November last year. Morarji joined the company from Macquarie Telecom, where he was a senior business development manager in charge of ‘complex hosting’. But he will now be joined by a new staffer, Alexei Anisimov, who will take the role of sales engineer, and a formal office will be opened.

Parallels’ Asia-Pacific vice president of marketing and alliances, John Eng, said the company had see the rapid local adoption of Parallels products in Australia since it first started selling its software locally in 2006. The company has two Australian distributors — Conexus and Software Only.

“The desire to open offices in Australia/New Zealand was a direct result of this success and the identification of potential business in the consumer, business and service provider markets,” said Eng in a statement.

“The large majority of businesses in Australia and New Zealand are small-to-medium enterprises in need of high-quality IT services, but lacking the budgets to manage them in-house. Parallels enables SMEs to take advantage of the best technology when they need it and without complexity, so that they can stay focused on business,” said Eng.

Eng claimed the company was increasingly seeing the need for customers to have the ability to run Windows on their Mac, “for various reasons relating to personal and business use”.

The latest version 5 of Parallels Desktop sells for AU$119 locally. That sum is slightly more than the equivalent US price — Parallels can be bought in the US for US$79.99, which translates to just over $90 in Australian dollars.