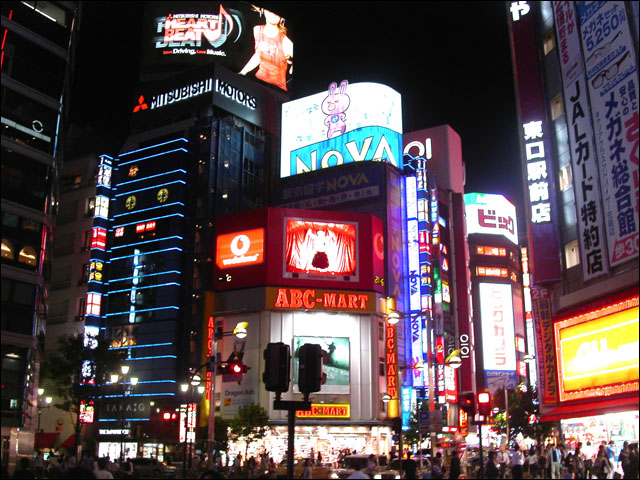 Matthew Hatton is a disgruntled consumer and opinionated writer based in Newcastle. You can find him on Twitter at @bernietb. This opinion piece was originally published on his blog, The Rant-O-Matic, and is re-published here with his permission.

opinion While the future of the National Broadband Network (NBN) has been talked about quite a bit over the last week or so of the election campaign, it still looks as though the government still doesn’t understand just why this project is of such national importance.

Even those technology evangelists whose voices really ought to be the ones that should be convincing the public at large about the benefits of the NBN seem to be missing the point. They get caught up in the technical side and the technical merits of the NBN. Something that the average voter just doesn’t give two shits about.

To me, the problem seems to be that both the Labor Party and the commentators seem to think that the majority of the voting public are surgeons, CEOs of large corporations or research scientists because it’s the benefits that those groups will receive from the NBN that seem to be getting most of the air time.

This argument makes it very easy for critics to attack the cost and style of the NBN program because its proponents fail, constantly, to address the immediate benefits that consumers will get from the network’s construction. They then make their second mistake, which is to fail to encourage people to think about what the NBN could be used for beyond what we currently consider “normal” internet use.

So, when the Coalitions get up and says it can provide an incremental update on existing service levels for a fraction of the NBN’s $43 billion price, then it becomes quite easy to see just how people that do not live and breathe the connected world that we do would be inclined to see the NBN as somewhat frivolous.

Making the case that the NBN has medical, business and educational benefits is all well and good, but the vast majority of the Australian population are not surgeons, CEOs or educators. With that in mind, you have to go about convincing Joe Public that he wants a fibre optic line from the world into his house. And that is the argument that no one is making.

What a lot of people who comment on this sort of thing seem to be forgetting is, that when it comes to government spending, we, the Australian people, are complete and utter tight-wads unless we can see what the direct benefit to us will be from any government project.

This becomes more important when opponents of the plan point out, quite rightly too, that the big benefit talking-points, like remote surgical procedures, are already taking place in hospitals around the country. Even this morning, during an announcement about the commencement of the second stage of construction in Townsville, Julia Gillard was out trumpeting more of the health benefits that the NBN will deliver. Again, she is not giving the majority of voters a reason for supporting the construction of this important program.

What the supporters of the NBN should be doing is heavily promoting the reasons that an average, wage-earning family would have for the NBN. And that argument, simply, is entertainment.

For most people, the benefits of the NBN aren’t about talking to your relatives overseas or getting in touch with a doctor at stupid AM. The benefits for those people come from how the NBN is pretty much going to replace all the current ways that they consume entertainment as we head into the future.

We need to be telling these people that the NBN is what is going to replace the current TV and radio broadcasts when they enjoy today which will all, eventually, cease transmission (my guess is around 20 years, but that’s another discussion) in the near future. We need to be making the argument that if the NBN does not reach completion then the Australia people are not going to be able to easily access the amount and variety of entertainment programming that they do now.

While a lot of people promoting the NBN from the “we are the internet people” perspective have no interest in sport, they have to realise that generally Australia has a massive interest in sport. The NBN gives those people a chance to be able to indulge their love of a sport in ways that have never been available to them before. The least of which is freeing them from the shackles that the FTA broadcasters have been keeping them in for years now.

Finally, can we stop banging on about the idea of telecommuting as another great benefit of the NBN? Personally, I have a healthy separation between my work and my home. I have a policy of not letting the problems of one affect the other. I don’t take my personal problems into the office and I certainly don’t take work home with me at the end of the day.

I’m sure that I’m not alone in that though. What I hate is this constant suggesting that telecommuting is something that could all move to just because we’re going to a technology that makes it possible. There’s a lot to be said for physical, along side mental, separation between work and rest of one’s life.

We (being the internet-loving people) all agree that the NBN is a vital project that is key to bringing our nation into the digital first world. But not everyone thinks like us. Not everyone understands just what the NBN is capable of delivering. We have to look beyond what is usually trumpeted as the reasons for such a project and instead focus on the things that actually matter to those many people that exist outside our usual circle of thinking.

If we do that then we have nothing to worry about in terms of the NBN being cancelled by the next government. If we do this then popular opinion will make sure that we get what we need.