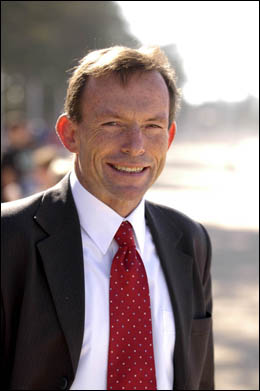 Leader of the Opposition Tony Abbott yesterday backhanded the Government over its $466.7 million commitment to a national electronic health identifier project in the Federal Budget handed down on Tuesday.

“Of course, there should be an electronic health record but hundreds of millions of dollars have already been spent to make this a reality and no more should be spent until it’s certain that we’re not throwing good money after bad,” Abbott said in the widely broadcast speech.

The funding has been handed down with the intention of supporting legislation introduced by Nicola Roxon earlier this year to create an optional electronic health record for all Australians that would be personally controlled and facilitate better clinical outcomes and information sharing between medical facilities.

However, so far, the funding has attracted a mixed reaction. Electronic health consultant and blogger David More has described the Government’s plans as lacking in detail, and Steve Hodgkinson, public sector research director with analyst house Ovum, said while the funding was in the right direction, industry reaction was “typified by confusion as to what exactly the system will achieve and how it will operate in practice”.

Liberal opposition on the e-health agenda has previously been concentrated under the hands of Senator Sue Boyce, who has previously slammed Roxon’s e-health legislation – saying the project it would create had “a snowball’s chance in hell” of being delivered by its first planned introduction date of July 1.

“The Coalition won’t go ahead with the National Broadband Network, avoiding the creation of a $43 billion white elephant,” he said. “Better access to faster broadband should not mean a new nationalised telecommunications monopoly and Telstra shareholders should not have their assets subject to coerced acquisition.”