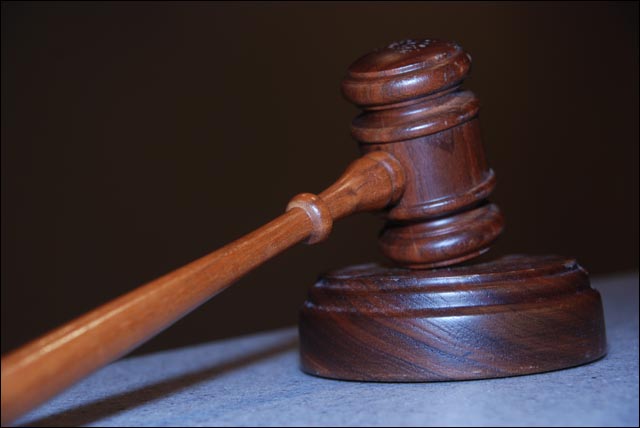 Fair Work Australia has published a detailed, blow-by-blow account of the court battle between IBM and the technology giant’s Baulkham Hills staff and their union, revealing gripping details about how the two sides have sought to make their case to (respectively) avoid or hold workplace negotiations.

The revelations contained in the document came as IBM today said it would kick off negotiations with the Australian Services Union after losing a request this week to hold off while an appeal to the tribunal’s decision was filed. “IBM will continue to engage with the ASU as required under the Fair Work Act, including the requirement to bargain in good faith,” an IBM spokesperson said today.

Fair Work Australia’s account of the court battle was penned by the organisation’s senior deputy president Drake and dated 7 May.

In it, Drake reveals that both sides had brought witnesses before the tribunal to make their case, and that Drake herself had visited the contentious Baulkham Hills facility at the heart of the matter — commonly known as the “Flightdeck”.

For its side, IBM, represented by law firm Maddocks, called a Mr Grassi, who is currently employed by Big Blue as an emerging technology delivery manager — as well as presenting statements by a Ms Cruz-Dimaano and a Mr Benson. The ASU, represented by notorious class action law firm Slater & Gordon, called a Mr Griffiths, a batch operator at the Baulkham Hills facility, and a Mr Masonwells — an infrastructure operator.

In the document, Drake says the ASU’s witnesses presented a daily logfile of activities which they conducted as part of their normal employment — however Drake “did not find the lists added to my understanding” of the system administrators’ jobs, so she asked for further clarification.

IBM’s witness — Mr Grassi (none of the parties’ first names are included in Drake’s narrative) has previously worked as an infrastructure operator, like Masonwells. But his account of the work performed differed from those of the union witnesses.

“Mr Grassi’s evidence about what is expected of batch operators and infrastructure operators and what work they do differed in significant respects from that of Mr Griffiths and Mr Masonwells,” wrote Drake.

For example, it appears that IBM’s lawyers were trying to tease out the exact nature of the pair’s work — whether they worked on software, hardware, operating systems and so on — to establish whether they could legitimately be represented by the ASU and have the union negotiate for them.

Maddocks lawyer Meehan, for example, put the following run of questions to Griffith:

And so on to establish the exact particulars of Griffith’s job.

Masonwells gave evidence that he coordinates testing by network operations staff from IBM, Telstra, NAB and sometimes Westpac. The other operator, Griffiths, also appeared to mention interaction with the systems of the Reserve Bank of Australia (RBA).

During IBM’s cross-examination of Masonwells there were some rather fine points raised. For example, the company’s counsel, Maddocks lawyer Mr McDonald, asked Masonwells the following:

“Just explain to her Honour how you say the running of this program constitutes maintenance of the PC and screen that we’ve seen at your workstation, which is the hardware for the hardware management console. How do you say that?”

Masonwells responded that if you don’t backup data and release space on hard drives as datasets grow, then eventually they will fail — due to a lack of space.
“So you say the backing up of data is the maintenance of the hardware?” asked IBM’s lawyer. “It’s removing space so that there is more space there later for more information,” responded Masonwells.

Ultimately it was the union and the Flightdeck operators who were successful in the tribunal hearings, although IBM’s appeal is still hanging over the process — it remains unclear what the company’s exact legal intentions are in the wake of Drake’s decision to deny IBM’s request for a stay order.

“In relation to Mr Masonwells’ evidence Mr McDonald submitted that he had exaggerated the breadth of his duties to support the application. I was not persuaded that that was the case,” wrote Drake of the operator. “I found Mr Masonwells to be a straightforward though nervous witness who did not exaggerate his evidence in any respect. I accept without reservation his evidence regarding his duties as an infrastructure operator at IBM.”

She noted she was not persuaded by IBM’s line of reasoning that the operators were not eligible to be represented by the union because of the specific nature of their work.

“Mr Griffiths and Mr Masonwells do occasionally maintain hardware in the form of cartridge drives and printers and do perform maintenance of software,” she worte. “They do checks and correct errors allowing systems to proceed without interruption.”

“I am not persuaded by the submission that isolating particular lines, so that maintenance can be carried out, is not an integral part of maintenance. The man with the sign at the side of the road directing traffic elsewhere whilst repairs are being performed is still a part of the maintenance and repair team, although probably at the bottom of the team in terms of skill.”