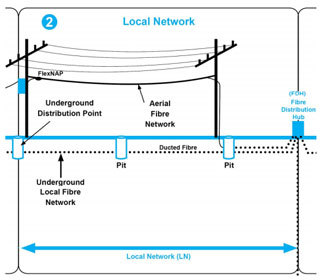 The National Broadband Network Company has kicked off the search for organisations — or consortiums — to provide design and construction services for its fibre rollout across Australia.

The company yesterday issued a request for capability statement and expects to enter a formal request for proposals process in June or July this year.

NBN Co head of construction, Patrick Flannigan, said in a statement that the fibre rollout would eventually pass more than ten million premises over eight years, and require more than 200,000 kilometres of fibre-optic cable to be laid.

The company is looking for contractors who have the ability to undertake work of significant size and complexity, and to gradually ramp up their activities nationally. However, NBN Co also said the process would also encourage mid-tier and smaller contractors to register an interest, as they could ultimately offer their services to the head contractors.

Yesterday’s RCS does not cover the initial phase of the Tasmanian NBN rollout, which has already begun, or the so-called early release sites which NBN Co will use to test its ideas about network construction in different environments.

According to the RCS statement, NBN Co will hold an industry briefing about the purchasing initiative on 8 April at the State Library of Victoria’s conference centre.

It plans to gradually ramp up its rollout plans, with the first two years of construction seeing a smaller amount of premises reached, hitting a steady rate of 1.5 million premises reached per year throughout the middle five years in the total eight-year rollout period.

“NBN Co anticipates that the rollout of the network will commence concurrently in all rollout regions, however staged approaches may be adopted within each rollout region,” the document states.

NBN Co and the Federal Government are still negotiating with Telstra on the issue of — among other things — whether the NBN rollout will be able to gain access to Telstra’s ducts through which cable runs.

However, the RCS document raises the possibility that the NBN Co will dig its own ducts. “Underground fibre installation may require the establishment of new duct routes using predominantly directional drilling techniques,” the document states. The possibility of laying fibre alongside overside power cables is also mentioned.

NBN Co is planning to finalise its contracts with new suppliers in the fourth quarter of 2010, will the initial fibre rollout to commence in the second/third quarters of 2011.