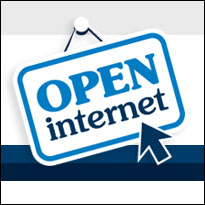 Online rights group Electronic Frontiers Australia has responded to what it described as an “extraordinary challenge and attack” by Communications Minister Stephen Conroy today, which the group said was conducted under the cover of parliamentary privilege.

In the Senate this afternoon Conroy again accused the leaders of Electronic Frontiers Australia of deliberately misleading the Australian public in its Open Internet campaign against the Government’s internet filtering project — particularly in relation to recent statements from Reporters without Borders that it was concerned about internet censorship in Australia.

The EFA said this week it was still awaiting a solid defence of the filter policy that referenced evidence that the filter would help Australian children. “They have argued there is no child abuse material traded on the open internet,” said Conroy today. “Yet at the latest count, there were 355 child abuse URLs on the [Australian Communications and Media Authority] blacklist and therefore on the open internet.”

However the EFA shot back a statement this afternoon, saying it took “great pains” to provide factual information and analysis to the Australian public.

“If we have erred in any particular instance, then we welcome a correction. That said, we have carefully considered the legalities and technical issues surrounding the policy and unreservedly stand by our assessment. It will achieve nothing for parents and police, it will cost enormous amounts of money, and presents a real threat to our freedom of speech,” said EFA vice-chair Colin Jacobs.

Jacobs maintained Reporters without Borders had not been “coached” by the EFA in its ‘Enemies of the Internet’ report released recently.

“They have come to that conclusion on their own,” said Jacobs. “Reporters Without Borders is a reputable, independent international organisation who is justifiably concerned about a tolerant and liberal democracy such as Australia taking the first steps down a path of secretive and automated censorship of the Internet.”

Conroy had also challenged the EFA to provide a quote where he had equated his critics with being child pornography advocates.

In response, the EFA highlighted several Conroy quotes that it had published on its site, where the Minister refers to child pornography. In the quotes, however, the minister does not directly state that his opponents are advocates of child pornography.

“Nobody, including EFA, have ever argued that the filter is a bad idea because child pornography is not worth combating,” said Jacobs. “Our argument is and has always been that the filter will be ineffective in doing so yet comes at enormous cost. To rail against ‘people’ for equating ‘freedom of speech with watching child pornography’ is simply a cheap rhetorical trick. We trust that with legislation imminent, we can move past such distractions.”

The EFA again challenged Conroy to produce evidence that the policy would help Australian children, and said it hoped Conroy would be willing to participate in a national debate on the merits of the policy.

“Instead of engaging in a rational and important debate on the issue of mandatory Internet censorship, Senator Conroy has opted to use parliamentary privilege to make attacks against EFA and its board,” said EFA campaign manager Peter Black. “Contrary to his attack yesterday, our Open Internet campaign seeks to give the Australian public all the facts they need to form an opinion on the Government’s policy. Our goal is to ensure the Australian public know what they’re in for.”