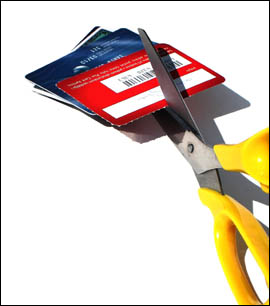 The Australian Democrats has warned Health Minister Nicola Roxon’s Health Identifiers Bill appears similar to the previous Howard government’s ill-fated attempt to replace the Medicare Card with what it called an Access Card — which many saw as an attempt to create a national ID card.

In early February, Health Minister Nicola Roxon introduced legislation into Federal Parliament that would introduce a National Health Identifier to be implemented by the middle of 2010.

The health and social services Access Card project was terminated in November 2007 when Kevin Rudd’s Labor government took office, ending several years of debate about whether the card was an attempt to introduce a national ID card similar to the Australia Card — dumped as a project back in 1987.

“We are concerned that adequate protection needs to be included in any legislation to prevent “function creep” and prevent an expansion of the health identifier and related card to purposes other than explicitly for health,” said the Democrats in a submission to the Federal Government’s Senate Enquiry into the National Health Identifier service. The submissions were published last week online.

“This would create a defacto ID card with the potential to track people’s movement.”

The party added although the legislation was an important step in facilitating access to medical records, it was also important that there be a guarantee that it wouldn’t become mandatory to present all medical details in order to access healthcare services or Medicare benefits.

In general, most parties responding to the enquiry have praised the initiative, but a number have also echoed ongoing potential privacy concerns from the idea — including state health ministers.

In its submission to the enquiry, IT services giant CSC said the privacy safeguards in the legislation were “strong and adequate”. However, it also noted that there was a “noticeable absence of detail in the bill in relation to consent of individuals who want to choose to share their identifier”.

CSC also recommended that individuals be able to see the ‘audit trail’ online of who has accessed their health identifiers and for what purposes.

The Australian Medical Association echoed the concerns. “Much of the privacy concerns relate to the electronic sharing of patient information, which is not covered by the bill,” it wrote in its submission. However, the issue may not be that large due to Australia’s lack of up to date technology.

Perhaps the most fiery submission came from e-health consultant David More, who runs the AusHealthIT blog. More believed the legislation was being presented in isolation from the necessary larger e-health agenda.

“The present proposed legislation is deeply inadequate and there are major implementation risks with the project overall, which I do not believe have been treated frankly by the enthusiasts for this bill in its present form,” he wrote.

“I have to point out that we have had at least a lost decade of (essentially no) progress in e-health. We are presently at a cusp, and if the right path is not chosen and implemented, it will be another decade before e-health realises its promise in Australia. Right now, I do not believe we are on the right path, and that the risks of expensive failure are very high indeed.”