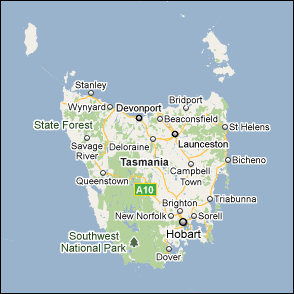 opinion The news last week that Tasmania, like South Australia, had a ridiculous law hidden away that demanded all online election commentary be attached to a street address was rightfully met with the predictable outrage.

Digital Tasmania and various civil liberties groups had their say, pointing out the “sheer impracticality” of the rule, and various politicians and pundits weighed in. Notable for his enthusiasm was one Tassie resident, known online only as @iBleeter, whose blog and Twitter account was pretty much a one-man demolition of the law and politicians’ antiquated views of it.

Predictable also was the reactions of various state politicians to the — dare we say, ‘silly’ — regulation. My personal favourite was a short segment where it seemed several politicians — representing the Liberal and Greens parties — told a Stateline questioner the law should be upheld.

“Absolutely,” said Liberal MP Brett Whitely. “That would be my view. My personal, strong view.” And Greens MP Cassy O’Connor backed him to the hilt. “We are in a new age where you have new media. but it’s really important, particularly in an election climate, that there’s a transparency about the debate,” she said.

I’d like to see the good MPs try and explain to Facebook or Twitter how they should force all Taswegians — and just Taswegians — to include a street address on any posts which mention the state election. Jeez, that would really bust the 140 character limit.

Or maybe an automated WordPress plugin that would link in to the White Pages directory?

Yes. This law, like the one in South Australia, is a completely outdated waste of space that should be stricken from the record as soon as is humanly possible. Or, at the very least, it should be ignored by the state’s Electoral Commissioner, who, it appears, has been doing his best to do just that without saying so openly.

But the thing that really got me about this issue was how predictable it all was. It was only several weeks ago that the state of South Australia virtually lynched its Attorney-General for refusing to give in on this very same issue.

Did politicians in Tasmania not pay attention to that event? It did get a wee bit of press coverage here and there.

The underlying reality to all these situations is, as any lawyer will admit, that the legal system of any jurisdiction normally lags behind the social and technological millieu that it exists in.

For example, a few years ago, many Australians were complaining that they were receiving copyright infringement notices from film and television studios for illicitly downloading their content via BitTorrent. By the time Australia’s court system finally made up its mind what ISPs should do about the problem (the Federal Government still hasn’t), the issue has almost become moot.

As one Generation Y person said to me when I started explaining the case to her, “What, do people still use BitTorrent? Doesn’t everyone use streaming video now?” In other words, Generation Y had already created YouTube for that issue.

There’s nothing wrong with this situation. Legislation should lag behind society and technology, so that lawmakers can have time to properly understand the long-term impact of any issue before laying down rules in concrete about it. You don’t want to jump in half-cocked.

But it does mean one thing. Australia, you will continue to be outraged over many similar issues to the online comment debacle which Tasmania and South Australia have gone through over the past month. There are no doubt more dirty bunyips hidden in the murky billabong that is Australia’s legal system than you could possibly count.