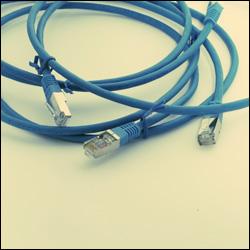 The Department of Broadband, Communications and the Digital Economy (DBCDE) had canvassed options to deal with the potential failure of the first, $4.7 billion National Broadband Network plan as early as August 2008, the government auditor has found.

The Federal Government Auditor-General revealed the information in a report released this afternoon (PDF) into the first NBN request for proposals process, which was terminated in April 2009 and replaced with the Federal Government’s $43 billion plan to create its own NBN company.

The initial RFP process had attracted a number of bids from the likes of Optus, Axia Netmedia, Acacia and the Tasmanian Government. Telstra was kicked out of the process for failing to meet the small business requirement of the process.

“As the RFP open period progressed, it became increasingly obvious to the department that the likelihood of a successful outcome was reducing,” the auditor’s report states.

DBCDE had initially believed the RFP process might need some form of second stage to deal with the complex nature of the process.

However, by August 2008 — just nine months after the Rudd Government took office — DBCDE had started to canvass options for progressing its NBN policy “within, subsequent to, or outside of the RFP process”.

By late October, DBCDE had started to look “more formally” at alternatives to the RFP process.

Factors such as the global financial crisis, Telstra’s actions in seeking certain government assurances, the withdrawal of some telcos from the Terria consortium and the fact that non-Telstra bidders were unlikely to submit a proposal that did not require use of Telstra’s equipment or took into account potential compensation to the former monopolist all came to the fore.

In general, the auditor also found that the process suffered due to the Government’s wide scope, tight timeframes and some lack of clarity. A more conventional approach would have been to use a two-stage process, which would have necessitated some time frames being pushed out.

However, broadly the auditor said the process — which cost in excess of $30 million — was conducted well, within the parameters of the Government’s broadband policy and in accordance with Commonwealth Procurement Guidelines.

One further note the auditor made was that Telstra was the bigger most likely to be in a position to build and operate a viable fibre-based NBN. The auditor said the likely impact on the prospects of a successful RFP outcome had Telstra lodged an eligible proposal could not be determined.