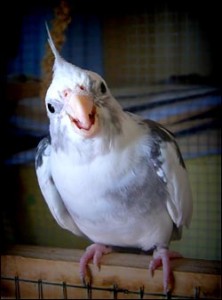 opinion There is no doubt that Exetel chief John Linton is somewhat of an outcast in Australia’s telecommunications industry.

And when you start to follow his affairs and public statements, you quickly realise why.

Firstly, there’s his fiery opposition to the Federal Government’s $43 billion National Broadband Network project, an initiative which has garnered the almost universal support of almost every other ISP and telco executive in Australia since Prime Minister Kevin Rudd unveiled the plans 10 months ago.

On his controversial blog, Linton has variously described the NBN as “dreamed up by a total wanker (Krudd)”, “a Field of Dreams”, “Krudd’s NBN2 bankruptcy plan”, “the Krudd NBN2 face-saving plan”, “a monopoly which Telstra will end up controlling” and “the Krudd cover-up known as the NBN2”.

And those were just the phrases I pulled out of the blog in a quick five minute search.

You could forgive Linton for his views on the NBN. After all, Paul Broad, who runs the much larger telco AAPT, feels much the same way. As recently as November 2009 Broad described the NBN as “absolute rubbish”, a “political ploy” to break-up Telstra and “a complete waste of money”.

You could also forgive Linton for his controversial views on the future of 3G wireless, which he sees as a much more viable alternative than fibre for the future of broadband access in Australia.

“Most people that I know, including me, put a much higher priority on mobility than they do on speed,” he told ZDNet.com.au several weeks ago. “The average person needs a 100Mbps internet connection about as much as they need to have their arms amputated.”

After all, Broad shares Linton’s views on wireless too.

Finally, you could even understand Exetel’s novel approach to running his ISP. The company started selling residential ADSL broadband in January 2004, with — as its website clearly states — the sole objective of providing telecommunications services “at lower monthly prices than ALL other suppliers of similar services to Australian users”.

At times, this approach appeared to have resulted in, as some users have described it, an “our way or the highway” approach to customers, with Exetel appearing to prefer interaction via its excellent internet forum rather than through expensive call centre support.

You could write off this approach as being born from the need to keep costs low in a start-up business, and forgive Linton because recent blog posts show the company has been ramping up its support investment in this area, particularly through the use of a call centre in Sri Lanka.

Then too, Exetel’s web site also states, that it is not in business “to make as much money as possible”, only to make enough to ensure it stays in business. One third of all profits (almost $350,000 in 2008) go to environmental programs.

All of this, you could expect Australia’s telecommunications industry to forgive or at least ignore.

“Ultimately what the blog and John Linton himself represents is the pure, unadulterated voice of the liberal-minded traditional Australian small business owner.”

But what absolutely nobody can understand about Linton is why he consistently insists on using his blog to document and analyse the internal workings of the ISP industry in great detail.

For example, in recent weeks, Linton has variously debunked the idea that government funding is needed for ISPs to combat spammers, detailed his exploration of a potential merger opportunity and IPO, analysed the real estate costs of Exetel’s ongoing growth, almost obsessively ruminated about how 3G wireless plans should be structured and disclosed how Exetel is using staff in Sri Lanka to improve its customer support.

This kind of radical transparency is frightening to executives who keep so many of the details of their own businesses — especially pricing structures — hidden away behind closed doors. I can conclusively say that no other ISP executive in Australia has gone into as much detail over the past year on any one of those or similar issues as Linton has.

It’s this approach which has the earned Linton the outcast mark — but which also has the industry clandestinely reading his blog anyway.

Now there’s no doubt that the Exetel czar’s blog most definitely contains the sort of offensive language you would hear in the Coogee Bay Hotel. And Linton goes too far with his rants on occasion.

But ultimately what the blog and John Linton himself represents is the pure, unadulterated voice of the liberal-minded traditional Australian small business owner.

In short, Linton is one of the few people in Australia to honestly and loudly speak the truth about the nation’s telco industry’s business — or at least, the truth as he sees it.

This kind of “damn the topedoes” approach is a hallmark of Australian small business. Australians are known for favouring the rebellious underdog — and Australian SMEs love to talk tough and stick it to the giants.

That’s why I am going to continue reading Linton’s posts and even responding to them with my own commentary. I like a good rant, I like an executive who isn’t afraid to make his opinion known, and most of all, I like Australia’s telecommunications industry to be a hotbed of debate and competition. We need more unorthodox voices to keep the dialogue from becoming a one-sided chorus.