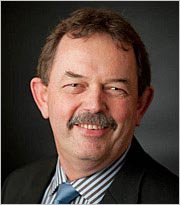 news The Queensland Government has poached South Australia’s whole of government chief information officer Andrew Mills to be its own central CIO, six months after it removed two-time incumbent Peter Grant from the position.

Andrew Garner, Director General of the Department of Science, Information Technology, Innovation and the Arts, which houses the office of Queensland’s whole of government CIO, made the announcement of Mills’ appointment in a media release this morning after it was outed yesterday by the Adelaide Advertiser.

Garner said Mr Mills, formerly Chief Information Officer for the South Australian Government, would lead the ICT and related strategies driving “much-needed change and innovation” for whole-of-government ICT. The executive will take up his new position in Queensland on 6 January 2014.

“Andrew brings to Queensland a wealth of experience to lead the QGCIO team as it moves forward on the recently released ICT Strategy which focuses on transforming the Queensland Government public service and in particular the use of ICT across government as part of a customer-focused approach,” Garner said.

“His experience improving better management of information and data through the implementation of an Open Data approach in South Australia as well as his experience leading initiatives to improve frontline delivery of services will be essential to the success of the ICT Strategy 2013-2017.”

“Sharing government information through Open Data with business and industry is a key area of focus to support industry and small to medium enterprises in the delivery of IT solutions for Queensland, as is our drive to use ICT to put the customer first and deliver efficiencies through ICT as a service.”

Mills said he was looking forward to working with the Queensland Government. “I’m happy to have this role and I am enthusiastic to be working in Queensland,” he said.

Mills has extensive experience across State and Australian Government working in senior roles. He holds a Masters degree in Science from Cranfield University in the United Kingdom. The majority of his career has been in management positions predominantly in the information management, information technology and telecommunications fields. During his tenure as Chief Information Officer in South Australia he revamped ICT decision making for across government ICT and led improvement initiatives to build online service capability.

“Andrew’s experience leading improvement in the ability for public servants to collaborate across the boundaries of their agencies is another area where he is aligns with the ICT Strategies vision to support an open, customer-focused and responsive public service,” Garner said.

Mills will have his work cut out for him in Queensland. In fact, the position he is stepping into is regarded as one of the most difficult CIO roles in Australian history.

Ninety percent of the Queensland Government’s ICT systems are outdated and will require replacement within five years at a total cost of $7.4 billion, the state’s first comprehensive ICT Audit released in June this year revealed, as Queensland continues to grapple with the catastrophic outcome of years of “chronic underfunding” into its dilapidated ICT infrastructure.

“The complex, under-maintained and ageing environment has collectively reached a state of decline, where 90% of the current ICT portfolio requires replacement within five years – leaving the government with a total replacement cost of at least $7.4 billion,” the report stated. “The task of addressing this issue is complex and expensive and has created a systemic business risk for government.”

“The Queensland Government has a plethora of data and phone networks, all evolving out of local agency requirements,” the ICT Audit stated. “From a procurement perspective, the level of attention paid to the quality of these arrangements across government has generally been substandard. As a result, government has a range of telecommunications arrangements in place that have been either strategically inappropriate or simply too expensive relative to current market rates.”

Queensland has also been home to a number of ICT projects which have gone disastrously wrong, such as the catastrophic payroll systems upgrade at Queensland Health, which went over budget by about $1.2 billion and resulted in LNP Premier Campbell Newman banning prime contractor IBM from bidding for future contracts with the state.

opinion/analysis
I hope Mills has his flak jacket on. He’ll need it — he’s going deep, very deep, into the trenches. Bat country, in fact — the Queensland Government’s IT operations, where madness and incompetence has come to be regarded as a state of normality.