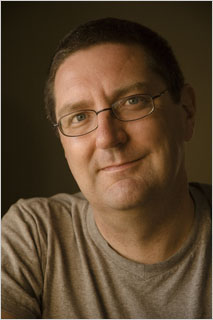 blog Those of you who know opinionated Australian technology commentator Stilgherrian (just one word, that’s his full name) will know that he can be a little … caustic at times. His Twitter profile openly states that he’s a “geek word-whore” who uses “bad words”, and the title of his blog states: “All publication is a political act. All communication is propaganda. All art is pornography. All business is personal.” Now, this doesn’t mean Stilgherrian’s not a professional — on the contrary, most of his freelance journalism work runs down standard routes and is written much like anyone else’s. However, it does mean that sometimes, especially when he’s off the clock, things get a little closer to the line between art and journalism than with other Australian technology writers.

Knowing all this as basically everyone who works in Australian technology media does, it’s perhaps a little surprising to hear some some of his particularly caustic tweets have gotten Stilgherrian banned from Microsoft’s upcoming TechEd conference. A post on Stilgherrian’s blog explains the issue was with some of his tweets during last year’s TechEd, particularly those aimed at keynote speaker Jason Silva during his presentation:

“The following morning, immediately before a scheduled press briefing, a Microsoft staffer pulled me aside for a little chat. I wish I’d taken notes, or perhaps even recorded the conversation, but I didn’t. My bad. So this is just my memory. Concerns had been raised, he said, about my tweets. I think the word “tone” was used. He didn’t say who had raised these concerns, and I don’t think he ever gave a concrete description of these concerns. I remember being confused.”

Mumbrella has a suitably corporate-sounding, concise statement from Microsoft on the issue:

“We look to invite members of the media who are prepared to engage in a constructive dialogue, whether that is in-person or online. Whether you’re a journalist, a blogger, a delegate or an employee, our hope is to have interactions that are in keeping with the positive environment and networking that takes place on site.”

Personally, I do feel Stilgherrian’s tweets crossed the line in terms of what he wrote. He was attending TechEd last year as a professional freelance journalist on behalf of ZDNet Australia. As some of you would recall, I was for quite a while a few years back the news editor of that site, and I regularly engaged freelancers for these kinds of events. If one of those freelancers (or an in-house journalist) had posted the tweets which Stilgherrian posted at at event like TechEd, knowing that they would be part of the huge TechEd hashtag, then I would have had a quiet word with the freelancer to tone it down a little, as they were, after all, representing the corporate brand.

There’s no need for journalists at TechEd to avoid professionally criticising Microsoft; the company has a thick skin and expects it. However, there’s also no need to be impolite, when you’re a guest in someone else’s house.

However, at the same time I don’t feel Stilgherrian’s tweets warranted him getting banned from TechEd entirely. By doing so, Microsoft has created a little mini-storm in the mediasphere and made itself look draconian for cutting down on free speech. Stilgherrian’s an intelligent chap and quite aware of his professional responsibilities; all it would have taken for Microsoft to calm this situation down would have been a quiet word between one of its senior PRs and the editor of ZDNet, Chris Duckett. No ban necessary, they should have said, but just tone Stilgherrian down a little — no harm done. This kind of thing happens often in journalism — it’s all about give and take.

Ultimately I feel Stilgherrian will probably take this one on the chin and likely even be back for next year’s TechEd. He’s one of my favourite Australian technology writers, after all, and a writer who hasn’t been banned from a couple of events is probably not pushing the line often enough where journalism becomes art. And if I know Stilgherrian as well as I think I do, I know that he is a master of pushing that line, when it needs to be pushed :) Occasionally that will mean you get burnt; but that, as Omar tells us, is all in the game :)