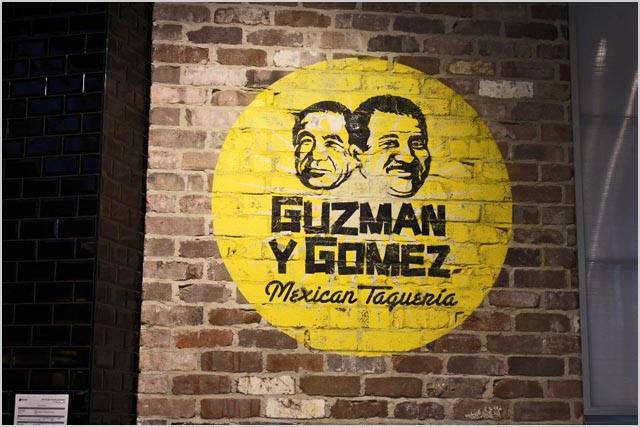 GYG was founded in Sydney in 2006 as a single Mexican restaurant in Newtown, but has rapidly expanded since. It currently boasts 25 restaurants employing more than 900 people across Australia, as well as eight franchise partners. It is planning to have 35 outlets including its first regional restaurant in Singapore by the end of 2013.

According to the company’s co-founder Robert Hazan, the company invested heavily in technology to support its growth, especially its “state of the art” point of sale system, labor rostering software, entertainment systems and menu boards. “But our most important tool, our financial systems, were well behind and struggling to cope with our rapid growth,” Hazan said in a statement issued yesterday by NetSuite, which noted that GYG had been using MYOB at that point. “It became increasingly painful to watch our finance team slave away at those systems, which became slower the bigger we grew.”

Consequently, GYG picked NetSuite’s OneWorld platform to provide “a single consolidated view” of its subsidiaries and support its ongoing expansion plans. “While we might not be classified as an enterprise-size business just yet, we plan to be,” Hazan said. “We know NetSuite can keep up with our future growth plans and scale with us no matter how big we grow.”

Since implementing NetSuite OneWorld in July 2012, GYG has taken advantage of NetSuite’s advanced customisation tools, according to the vendor’s statement, to automate manual finance and accounting procedures. Exporting point of sale data straight into NetSuite supports tighter financial controls and saves approximately one day per month of administration time. It also collects detailed cost of sale data in NetSuite, allowing it to perform in-depth cost of goods analyses that were previously “time and cost prohibitive”.

In addition, the vendor said, NetSuite automatically generates royalty and marketing levy invoices for franchisee partners and enables it to report on individual outlet performance, as well as conduct comparative business reviews.

“If I add up all of the time savings from NetSuite, we’re saving at least one headcount and we’ve only just scratched the surface of what NetSuite can do for us,” Hazan said. “I’m now also able to gain access to really detailed reports in any format I want, which is great for our business.”

In the coming months, GYG plans to begin implementing a comprehensive asset management register on NetSuite, allowing it to manage whole restaurant fit-outs with greater ease. This register is also expected to support asset maintenance with scripted built-in alerts for servicing or replacing products and parts.

In total, the OneWorld platform is providing technology that allows GYG to manage its operations in real-time by consolidating financials, automating reporting, performing real-time cost of sales analytics and enforcing corporate governance standards in franchise operations.

The win for NetSuite is one of several fast-growing small to medium-sized company deployments the vendor has revealed in Australia over the past several months. In March, for instance, the company revealed that Sydney-based sustainable packaging company BioPak had replaced a number of point solutions such as MYOB and Sage’s customer relationship management software with a comprehensive NetSuite-based solution for its business applications.

opinion/analysis
NetSuite is often pigeon-holded as a company targeting small to medium-businesses, as opposed to the really large customers which have traditionally in the past been the domain of rivals such as SAP and Oracle. And this is definitely what we see with the company’s recent Australian case studies — typically NetSuite is choosing to disclose customer wins involving fast-growing companies which have rapidly outgrown point solutions such as MYOB’s accounting packages and need to shift to a more comprehensive business management/financial/ERP package.

However, what I think is interesting about these kinds of deployments is that I would find it hard to believe that such companies would ever really want to switch off NetSuite once they’ve switched onto it as a smaller company. If Guzman y Gomez, for example, becomes a very large restaurant chain with hundreds or even thousands of restaurants, I wonder whether it would start looking at other software platforms for its business management software, or whether it would stay with NetSuite, which, after all, has a very comprehensive offering at this point. It would be interesting to hear from end users out there who have been at this point — and whether they feel they outgrew NetSuite at some point, or whether it kept on scaling up.

Because if you can get in early in fast-growing businesses, as NetSuite appears to be doing, and scale up with them all the way, then that’s a great place to be as a vendor, especially in Australia, which has such a huge proportion of small to medium-sized businesses.

Lastly, can I add that it gave me great pleasure to write this article, because I absolutely love Guzan y Gomez. I’ve been to many of the chain’s outlets as they make an awesome vegetarian burrito, which it is my custom to eat on Fridays after a workout. And because I’m there so often, I have to say that the chain does have an awesome point of sale system. They are usually packed out with customers demanding quick burritos, and hand out a burrito every few seconds, and yet the point of sale system never misses a beat, and the staff are always highly organised. The chain is just organised really well, and the food is great — all reasons why I keep on coming back :) In fact, I might actually go there later today. Muchas gracias!