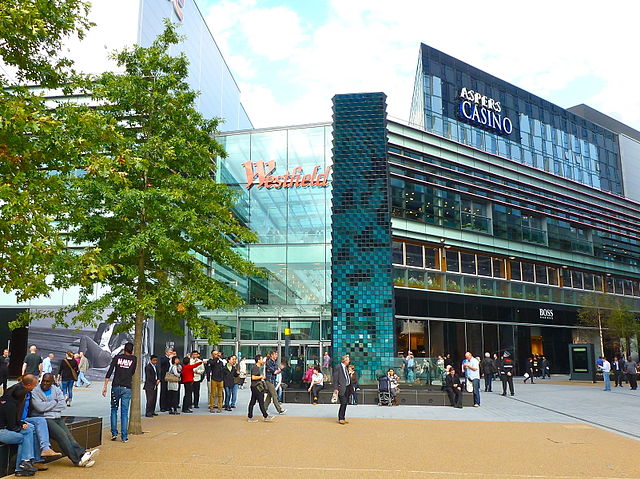 news Forget big sales, exclusive brands, and big marketing campaigns: when it came to getting customers through the door over and over again during the 2012 London Olympics, the best marketing tool for Australian retail giant Westfield’s Stratford City shopping centre turned out to be the promise of free Wi-Fi and a place to recharge spent mobile batteries.

While their value might seem obvious in retrospect, the effort to offer mobile services turned out to be a lot harder than Angel Gambino, senior vice president for digital innovations with Westfield Group, initially expected it would be.

When she joined the team planning marketing strategies for the Olympics site, executives had been brainstorming on ideas how to get as much personal information about customers as possible, to support targeted marketing efforts with a customer database reflecting the massive Olympics crowd.

With over 250 brands and 80 foot retailers within the centre – which is adjacent to Olympic Park and the third-largest shopping centre in the UK – the promise of an upswell in Olympics visitors had created managerial excitement around the potential for amassing huge volumes of customer information.

This had trickled into technology offerings like public Wi-Fi as a way of extricating all manner of personal information from users: “The centre had a somewhat reliable WiFi free service, but you pretty much had to divulge everything from your child’s name to your first sexual partner’s name to be able to get it,” Gambino joked in an address to the Melbourne eCommerce Conference & Expo today in Melbourne.

“We eliminated all that, but it was a huge, huge battle internally to just be able to get online at cafes where you could access the WiFi.”

Although it simplified the login process to avoid headaches for visitors, Gambino advocated for a less intrusive form of customer engagement that would use carrots, not sticks, to deliver customer-centric experiences.

“In the beginning, I was about getting data into the database, and having no idea what you’re going to do with it, and just trying to sell, sell, sell,” she explained. “We shifted into purely considering what, if you were at the centre, was going to be the best consumer experience you could have.”

Westfield found itself facing another inadvertent problem when its marketing team worked on ways to promote the existing iOS mobile application – without realising that the most popular phone amongst 16-24 year olds in the UK was the BlackBerry, followed by the Samsung Galaxy SIII.

“At the time, the apps for Westfield were only available on the iPhone,” Gambino said. “It was the third most popular phone [among the target demographic] but it was the one everyone internally liked the best. I couldn’t get budget allocated to developing anything native, and didn’t have the time to do as much as I would have liked to have done on Blackberry.”

Work with a local mobile developer helped the team get an adequate level of functionality out for users, and – with the free WiFi ready to go, and supported by a burst-capacity agreement with infrastructure provider Skye Cloud – it seemed Westfield’s mobile strategy had been opened up.

Until, that is, Gambino realised that – despite the presence of major Olympics sponsor Samsung – “there wasn’t a single mobile charging station anywhere in the entire Olympic Park. I was imagining myself and anyone fortunate enough to be at the Games, wanting to text pictures to family and friends, and not being able to do that because their phone just died.”

A scramble for sponsors eventually allied Westfield with Vodafone, which helped arrange and site mobile charging stations across the Olympics venue – and, particularly, within the Westfield shopping centre.

Both the free public WiFi and mobile recharging stations proved immensely popular throughout the Olympics, with many athletes and visitors making the shopping centre their unofficial base of operations.

Most surprisingly for the marketing team, post-Olympics analysis showed that there was more social-media buzz about the centre’s free WiFi and mobile chargers, than there was about the brands inside the centre.

“The thing liked the most on Facebook wasn’t the new Prada range, or H&M’s tops designed for the games,” Gambino said. “It was free mobile charging and WiFi – and over 87 percent of all tweets and Facebook likes were for those messages.”

“Nobody went to the London Olympics anticipating that the thing they were most worried about was their mobile phone dying, but we anticipated a need – and shifted our entire campaign in real time. We realised the key aspect to any product we offered was that it had to be easy and emotive. You’re going to get more data, transactions and sales by just focusing on creating the best experience for everyone who went there.”