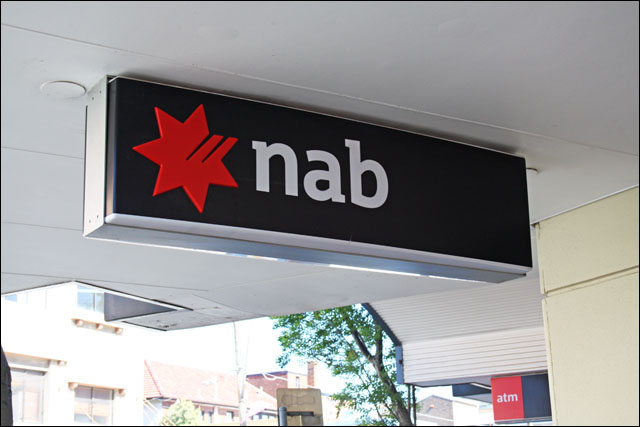 news The National Australia Bank today revealed it had migrated its UBank online brand onto its new Oracle-based core banking platform, in a move which is slated to deliver both the bank and its 300,000 UBank customers significant immediate benefits from the new technology.

The shift has been a long time in the making. NAB first announced that UBank would form the trial platform for the core refresh it has dubbed its ‘Next Generation Platform’ four years ago in 2008. Since that time the bank has gone through the loss of its chief information officer, Michelle Tredenick, and the appointment of a new CIO, Adam Bennett, although the executive headlining much of the commentary around the project has been Gavin Slater, the bank’s group executive of Group Business Services.

In a statement released this afternoon, NAB said its 300,000 UBank customers could expect a “quicker and more simplified banking experience” following the successful migration, with the new platform enabling users to customer their view of the UBank website and use new features such as calculators and funds trackers. The system also, according to NAB, enables the real-time processing of funds between UBank accounts.

The bank said the new platform integrates three software layers — “back-end, core and customer-facing websites” and was “an important milestone” in the bank’s plan to create more choice for customers to bank wherever, whenever and however they wanted.

Sitting the behind the new customer-facing tools and options are “new tools and simplified processes” for staff to allow greater service, along with “overall improvements in speed and flexibility”.
The bank said it was “co-developing” the new platform with Oracle and partnering with “global IT partners for all major transformation activity” in a concerted effort to shift onto Oracle’s standardised platform and off legacy systems the bank described as “bespoke technology”. “Customers benefit from a worldwide community of specialists focussed on continuously improving systems”, the bank said.

The Next Generation Platform is based on Oracle’s i-Flex platform, which represents one of the newer generations of core banking platforms. Most of Australia’s banks are currently constrained to one degree or another in what they can do with their technology systems, by virtue of the fact that at the heart of their environments sit legacy mainframe-based core banking platforms. CommBank, which has largely completed its deployment, has rolled out a new SAP-based system, while Suncorp has also picked Oracle for its own revamp. Westpac is upgrading its current systems, based on CSC’s Hogan platform, with the vendor’s Celeriti upgrade, which is expected to add a new generation of functionality to the bank.

Overall, NAB is believed to be running significantly behind CommBank’s overhaul. With its own project, NAB chose to dip its toe in the water first, rolling out the technology in its UBank online brand first to get some early lessons. In 2011, as CommBank was stating that its own overhaul was largely completed and had started to deliver results for the bank, NAB stated that it had defined the targeted operating state for NextGen, was building the platform, and had activated some of the new platform’s functionality — such as customer analytics tools.

NAB is also rejuvenating a large amount of its other technology platforms and processes, in a wide-ranging overhaul that appears to be touching almost all of its internal IT resources.
According to a speech given by Slater in March, there are currently three major IT transformation programs running within NAB, in the areas of infrastructure and network transformation, systems re-platforming (the Next Generation Platform project) and lastly, customer process transformation.

One major piece of work was revealed when the bank announced in early August this year that its new “state of the art” call centre infrastructure was showing early signs of success in its mission to deliver shorter wait times and increased capability for customers. At the time, the bank’s CIO Adam Bannett said the bank had moved from a hardwired, phone-based network to a completely web-based, virtualised system utilising IP telephony.

opinion/analysis
I must say, I am somewhat surprised by the announcement this afternoon that NAB has only recently migrated its UBank customers onto Oracle’s i-Flex platform. My impression had been that the bank had deployed the Oracle suite back in 2008 or so, using this kind of deployment for the ‘vanilla’ environment that UBank represented, and was working currently on migrating the rest of its ‘normal’ customers onto a new deployment, having learnt lessons from the previous Oracle deployment for UBank.

If what I’m assuming here is accurate, what this means is that NAB spent the best part of four years working out how to deploy Oracle’s i-Flex platform and integrate it with many of its other systems, before only recently migrating the UBank customers onto the platform.

To be honest, I’m not really sure how I feel about the Next Generation Platform project as a whole, considering this information. NAB originally said in August 2008 that NGP would take about five years to complete. But four years down the track, with only the UBank customers migrated, it’s starting to look as though NAB might take the better part of a decade to get this core banking migration completed as a whole.

Some of these delays have previously been intimated. In October 2011, for example, NAB revealed it had pushed back a number of IT projects, some associated with NGP, to 2012. I mean, the bank didn’t explicitly mention the word “delay”, from memory, but if you compare the deployment schedules from the previous year with the new ones at that stage, it was clear quite a bit had slipped.

I’m not really surprised by this. After all, any core banking migration project is incredibly complex, with thousands of subsidiary systems to integrate. I don’t envy the bank this kind of task, and certainly other sectors are no better at getting this kind of complex work done on time or to budget — just look at the Australian Taxation Office’s Change Program, for instance, or the years and years and years it has taken Telstra to overhaul its billing systems. This kind of stuff is not easy.

However, it does lend some credence to the claim by Commonwealth Bank chief information officer Michael Harte and other CBA execs that the bank is between two and five years ahead of its rivals when it comes to its internal IT transformation. Of course, not all has been plain sailing for CBA either … but it does appear much of its IT modernisation work is now behind it. I don’t think the same can yet be said for NAB or Westpac … and least of all for ANZ, which hasn’t disclosed any major plan to tackle its own legacy systems.