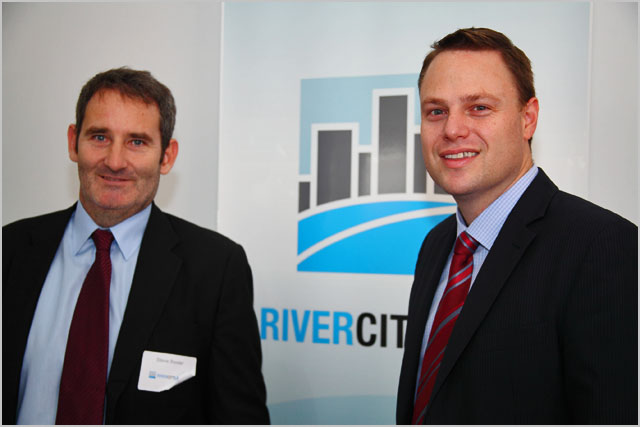 news River City Labs, a Brisbane based start-up company, was officially opened on 22 March 2012 by Brisbane Deputy Mayor Adrian Schrinner (above, right). According to a press release, Labs is a not-for-profit co-working space founded and funded by Stephen Baxter, PIPE Networks co-founder (pictured, above left) and a well-known figure within the telecommunications and Internet industry.

Located in Brisbane’s up-market Fortitude Valley, River City Labs is plugging in as an incubation space for early stage and start-up companies in the telecommunications, Internet, mobile and technology sectors. The focus is on creating an environment to support start-up entrepreneurs and technology related businesses in and around the Brisbane/South East Queensland area.

Schrinner, an ardent supporter of digital infrastructure, expressed his happiness about having such a facility for the benefit of the people of Brisbane. He said: “It’s definitely something exciting for our City, and it’s certainly something I’ve never seen before, and something I’d like to see potentially replicated in the future.

He remarked that even though Brisbane had a lot of talent, the reality was that this talent leaves the city and moves on to other places for better opportunities. Schrinner emphasised the importance of building sustainable enterprises such as high tech industries, digital and online industries and stressed on how vital it was to have a strong presence in the digital space. He concluded by hoping that River City Labs would be successful in creating a platform to help the individuals who were housed in the facility to create a profit not just for themselves but also for the city of Brisbane.

Covering a total floor space of 556 square metres, the 24-hour space can accommodate up to 66 co-working desks as well as provide two serviced offices. It is also equipped with a boardroom, three meetings rooms, a kitchen and a recreation area (fitted with the latest gaming consoles). The first tenants moved into River City Labs on 26 March.

River City Labs plans to host weekly, fortnightly and monthly events to facilitate networking opportunities for the tenants so they acquire the right connections and techniques to stand out in the digital space. Events in the pipeline include muffin Mondays and Friday networking drinks; fortnightly talks and keynote addresses from prominent figures in the tech, business and finance sectors; monthly workshops and mentoring appointments as well as quarterly pitching nights to angel and private investors as well as venture capitalists.

Through River City Labs, Baxter aspires to nurture QLD ideas and QLD talent with support, recognition and opportunity that comes more easily to their interstate counterparts. Baxter observed, “I have noticed a real lack of cohesion in the Brisbane marketplace and often have to scout interstate for my investments. I’m hoping that through the River City Labs facility, QLD and the Brisbane tech community in general will have a centralised location to anchor start-up and early stage ventures within the mobile, Internet, telecommunications and technology sector.”

Commenting on sponsorship, Baxter mentioned that although Microsoft and Innovation Bay were supporting some major events, River City Labs still requires substantial corporate sponsorship support. This is important to ensure that desk prices stay low and the events hosted by the facility are of an international standard.

By providing the much needed support and opportunity to the people of Brisbane, Baxter hoped to draw people out of their personal spaces and relocate them to this subsidised facility from where he hoped the talent would succeed and move on to bigger and better things. 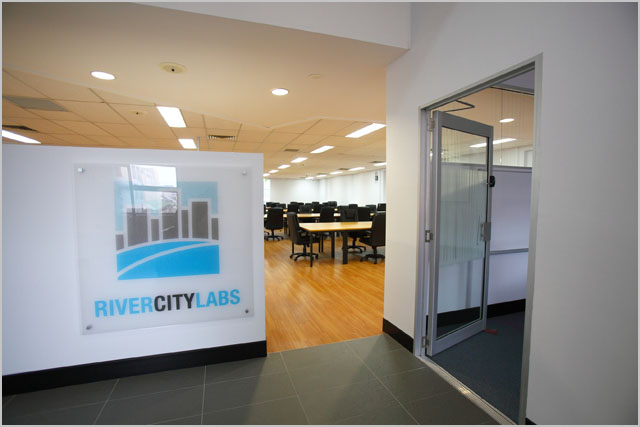