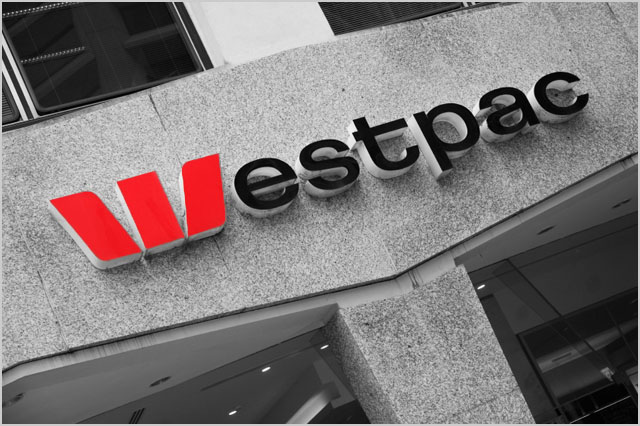 news Top tier bank Westpac yesterday confirmed it was planning to outsource a further 125 jobs in its technology support division, as part of an ongoing campaign of workforce rationalisation which the bank’s main union has claimed has been characterised by “media-type spin” to disguise its actions.

“About 125 mostly Sydney-based roles supporting IT development and system maintenance will be done by three specialist companies, including IBM,” the bank confirmed in a statement yesterday, following reports of the outsourcing. Other players the company has been involved with over the past several years include Infosys, Tata and Wipro.

In a separate statement, the Finance Sector Union said the outsourcing move came after some 560 jobs had already been affected in February and a further 188 in November.

The union said the bank had engaged in “spin” when shifting the roles offshore to conceal the situation on the ground, highlighting the use of the terms “best sourcing”, “systems knowledge transfer” and “Westpac maintains oversight”. The union claimed that these terms actually referred to the idea that Westpac would send work offshore when it could be done cheaper, but would bring it back when that failed, that local staff must train offshore staff in how to do their job (before losing it) and that offshore providers would be doing the work of local employees.

The union said over the coming days it would be holding workplace meetings with affected staff to discuss the impact of Westpac’s proposals and to develop alternatives. Its membership was growing fast as a result of the changes, it added, with 184 staff joining the RSU in February, with 66 more taking on responsibility as union representatives. “This has seen Westpac staff across the country protesting the bank’s job slashing and offshoring,” the union added, noting that complaints had been lodged with State and Federal Governments over the issue and that politicians had begun meeting with FSU members over the issue.

“The FSU calls on Westpac to provide assurances that no Westpac employee should be forced to remain redundant; no one should be forced to train the offshore provider that is replacing local jobs and that jobs should not be offshored when the skills and the employees are already here doing the work well,” the union noted, additionally calling on politicians to get involved in the issue.

Westpac first flagged the job cuts in November last year at its regular financial results session, with the bank’s chief executive Gail Kelly stating that the bank was shifting to a new “best sourcing” model that would allow it to precisely target the best way to deliver services. The changes would involve “systematically identifying and engaging the most skills and cost efficient resources to identify functions or processes, whether they work through us directly or indirectly through one of our local or off-shore supplier partnerships”, Kelly was quoted by iTNews as saying at the time.

At the time, the bank specified that it was at that stage at historically high levels of employment — having brought on an additional 1,200 contractors over the preceding 18 months to conduct IT work in the area of application development. However, it did not have the same amount of work on an ongoing basis, leading to a planned rationalisation of its workforce. In November, Westpac said it wasn’t in a position to confirm future staffing levels as it was still undergoing consultation on the issue.

This week, the bank said it was “committed to retaining our core and high skilled technology workforce in Australia”. These are difficult decisions,” a spokesperson added. “We are aware of the impact on our people and we make it a priority to train and redeploy as many of our staff as possible into new roles.”

“But some IT roles can be more efficiently provided by external specialists.”

To put the announcement into perspective, the bank pointed out it was one of the largest employers (counting 34,000 staff in total) in Australia. “During the last 8 months alone we hired 1,800 people from outside Westpac and found 1,500 new roles for our own staff,” the bank said.

opinion/analysis
The sad thing about what’s going on at Westpac right now isn’t that the bank is conducting an offshoring initiative; frankly, as I’ve previously written, in the current Australian skills climate, and with the cost of employing Australians as compared with workers in countries such as India, Westpac would be foolish not to look carefully at such a strategy. No, as I’ve also previously written, the problem is the bank’s approach to its strategy.

Westpac staff are understandably going to be deeply upset and frustrated if they are asked to train their offshore replacements. Faced with such a prospect, I would expect many staff simply to instantly resign in protest at being asked to dig their own grave. Why would anyone willingly train offshore staff that are obviously intended to replace them in their jobs? It’s an unpalatable scenario which casts dishonour upon Westpac’s staff and I can see why they wouldn’t want to go through with it.

Secondly, the union’s right. Westpac is not being up-front and honest about the cuts.

Employees can deal with a large round of cuts if the cuts are made quickly and cleanly. Once they’re done, everyone can move on with their lives, either secure in their job for the time being or forced to look for an alternative. But this isn’t what’s happening at Westpac. Although many in the industry suspect the eventual amount of Australian jobs lost at the bank will number in the thousands, Westpac is killing its local workforce’s hopes by virtue of a thousand cuts — a few hundred jobs here, a few hundred jobs there. The uncertainty is dragging on, which is precisely what I predicted in November last year:

“… the bank last week chose to tell staff and union members that just 188 jobs were at risk in the short term. This action represents something fairly cold — a calculation that the bank can get away with more cuts than it would otherwise, if it sugar-coats them and extends them into a lengthy series of small job loss packages over time rather than a lot hit on the head in one fell swoop.

… Instead of fighting one major battle, it chose to fight the union — which represents its own employees — in a guerrilla war of attrition. It will cut down resistance to the job cuts one step at a time, one small division at a time, until it reaches the level it wants to.”

It’s a cold-hearted strategy not fitting for a bank which just a few scant months ago announced profits were up 10 percent year on year to reach close to $7 billion. It wouldn’t cost the bank that much to show a little compassion to its staff than it currently is — and that’s something even the most cold-hearted Westpac shareholder can surely understand.