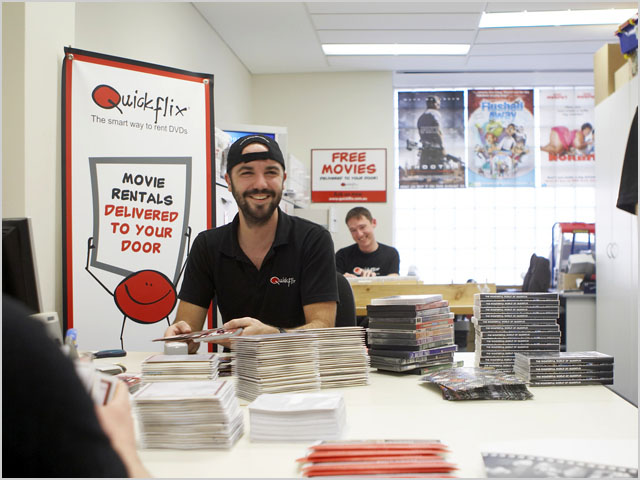 news DVD rental outfit Quickflix today revealed it had signed a deal with Sony to allow streaming of its nascent video on demand platform to the Japanese manufacturer’s PlayStation 3 platform.

Quickflix launched its movie download service in mid-2009. However, the platform is not believed to have made much traction in the Australian marketplace, unlike comparable services from companies like Netflix in the US. Part of the reason is that the service has not had the range offered by other platforms. However, its availability is also difficult to find through Quickflix’s web site, which is still focused on the DVD mailout model. The PS3 deal comes after Quickflix announced a similar arrangement for movie streaming through Sony’s Bravia line of TVs in July.

“Over 1.3 million Australian consumers who own an internet connectable PlayStation 3 will have access to Quickflix’s on demand movie streaming service. This is a significant moment in the evolution of IPTV delivered entertainment in Australia and a major development for our company,” said Quickflix chief executive Chris Taylor ina statement.

The company’s statement said in the US and UK, the PlayStation 3 was the platform of choice for over 30 percent of movie streaming activity by the “leading online movie subscription providers” in those countries.

Sony Computer Entertainment Australia & New Zealand Managing Director Michael Ephraim said: “This exciting agreement with Quickflix will further enhance PS3’s already strong entertainment on demand credentials across TV, games, music and now, an even larger range of movie options. If you love games, and your family loves movies, quite simply there is no better choice of device for your home than PlayStation 3, which is also one of the most highly awarded Blu-Ray players.”

opinion/analysis
Well, this is a bit of a joke, really, isn’t it?

I can’t even find Quickflix’s movie streaming service details on its website — not even basic information such as how much it costs, what platforms it’s available on, what the range of titles is and so on. And I know how to navigate the website — I’m a long-time Quickflix customer myself and get a couple of DVDs a week from the service.

Secondly, Langsford’s claim that Quickflix will become the most popular movie streaming service in Australia is also laughable. I would say that right now that claim squarely belongs to Telstra’s T-Box platform, limited though it is, with the FetchTV platform being marketed by iiNet, Internode and Adam Internet (and eventually, we assume, Optus) coming up in second place.

Even Microsoft’s Zune video streaming service — which operates through the company’s Xbox 360 console — is likely way ahead of Quickflix’s movie streaming service at this point, limited though the Microsoft offering is. I’ve rented videos through it occasionally. It’s not terrible. But it’s not great, either. Apple’s iTunes video purchase service is probably in there somewhere as well — I’ve downloaded a few Game of Thrones episodes there. It’s pretty good, for what it is, although it’s not technically a streaming platform.

Of course, by far the most popular online video service in Australia is BitTorrent. Why? Although the platform is completely illegal, it still offers you to get what you want, when you want it. It’s for this simple reason that Australians pirate more content per capita than almost any other nation on earth.

It’s simply laughable that while small deals like this one between Quickflix and Sony are being signed, in the US, companies like Netflix are trying to dump the DVD rental model altogether. In Australia, as Langford recently stated at Quickflix’s annual results session, DVD rental — physical, optical media — is still going strong. Hilarious!