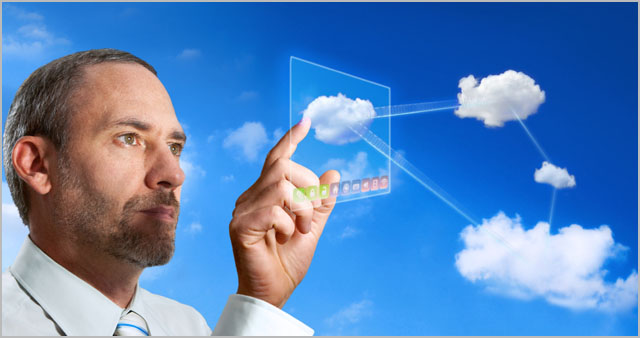 opinion If you were primarily a non-technical person such as a chief executive or financial officer, you would probably believe right now that cloud computing was the panacae to all of your ills.

As you walk through airport gates, images of cumulus greet you, breezily beckoning you into a soft and welcoming environment courtesy of Telstra and Accenture. From the pages of a magzine, Fujitsu exhorts you to ‘go domestic’ with its on-shore cloud, while iPad advertisements pop up inviting you to learn about Microsoft’s Windows Azure platform. Salesforce.com’s gentle blue colour scheme beams at you from marketing collateral which arrives unexpectedly in your inbox.

In short, the public messages about cloud are everywhere right now — gently blanketing corporate decision-makers in a cosy warm glow and encouraging them to learn more about the new paradigm. And strung throughout them is one consistent message, which every vendor is singing in tune to: The cloud is easy, simple to adopt, and will take responsibility for problematic IT infrastructure off your shoulders, while cutting your costs.

Any senior executive right now who hasn’t been receiving these subliminal messages about the cloud for the past six months must have been living in a remote village somewhere in Africa. Because they have been universal.

Now, of course, there’s a strong element of truth to the cloud marketing push. Cloud computing is here to stay for a reason. It does represent a revolution in how organisations and individuals consume IT resources. And it is a revolution which senior executives everywhere need to pay attention to — to say something of those lower down the IT food chain who will actually be tasked with implementing the new hotness.

However, what is also true is that the case for cloud computing is far more complex than the vendors would have their customers believe. And the best example I can think of right now to illustrate that fact is the extremely dynamic way in how one of Australia’s major banks — Westpac — is using cloud computing technologies to meet its complex business challenges.

Articles about the bank over the past year have made clear that Westpac is not using the services of one or two cloud computing vendors to meet its needs. Nor is it retraining itself to using just private clouds, or just public clouds, or just software as a service, or just infrastructure as a service. It’s using an “all of the above, when appropriate” approach which defies easy classification.

For much of its basic infrastructure needs, for example, Westpac has built its own private cloud using technology from the VCE consortium built by VMware, Cisco and EMC to do so. To be clear, this isn’t a platform outsourced to a vendor — although we’re sure Westpac’s primary outsourcer IBM had a hand in it. It’s internal infrastructure which is nonetheless extensible and able to be used dynamically by Westpac’s many internal project teams.

Westpac’s staff collaboration platform has also gone into the cloud — but a completely different cloud. Email, directories and internal documentation isn’t the sort of thing Westpac is comfortable seeing hosted offshore, so the bank has recently inked a contract for its collaboration serices to be provided as a service from an on-shore Fujitsu datacentre. The contract includes the use of Microsoft’s Exchange, Sharepoint, Lync and Mobile Device Manager software — all from Fujitsu’s data centre. And it’s priced for a base fee, plus a “pay as you go” model on top.

With me so far? So far we’ve listed cases where Westpac has built its own internal private cloud, and where it is purchasing on-shore software as a service from an outsourced provider. Now things get more complex again.

This week Westpac revealed that it had deployed Microsoft’s Windows Azure platform to host an analytics package in the cloud. There are no Azure datacentres in Australia, so what this means is that Westpac’s data and processes were being hosted offshore, likely somewhere like Singapore or the US.

Normally this is a regulatory no-no, but speaking at Microsoft’s Tech.Ed conference, the bank’s principal architect reportedly gave a very granular argument for why this was possible — there was no customer information going offshore, but the processes involved required a high degree of normally expensive compute power.

And now things will get more complex again.

In another article last year, the bank’s chief information officer Bob McKinnon even discussed the possibility of pooling some infrastructure and applications between banks. In the case where there was no competitive advantage from the banks running separate platforms, the executive argued, this might be possible — such as the fact that there is no competitive advantage in the banks’ separate mortgage platforms.

If you’ve gotten this far through all of these examples, what you’ll realise is that when you say the word “cloud computing”, to an organisation like Westpac, this term can mean many different things. The reality is that right now the bigger conversation around the cloud — which typically revolves around “onshore versus offshore” — is just not granular enough to be a meaningful discussion for many organisations.

When an organisation looks to solve a business problem, in 2011, there are many different ways they can look to do so with technology. Odds are that the cloud will come into the discussion at some point, but it will not come in at the high level which most people are talking about cloud right now. It will come in at a much more tactical level — an “is this the right tool” level, rather than “is this the right toolbox”.

What I’d like to see from the cloud computing discussion in Australia is more of this kind of more sophisticated debate — reflecting the complexity of end users’ actual needs.

Over the past few months we have started to see some of this more considered conversation around cloud computing emerge. Ninefold’s been doing it for a while, and I’m also encouraged by the recent detail encapsulated in a blog post about data sovereignty by Microsoft Australia director of legal & corporate affairs Jeff Bullwinkel. Detailed discussions emanating from the likes of CSC and Fujitsu about how the cloud can be used in its many different incarnations has also been encouraging.

But more thought is needed about how cloud computing can affect individual business problems in individual industries. For example, how can infrastructure as a service be best used by the mining industry, if at all? What is the best software as a service-based CRM platform for Australia’s retail sector? To what level of granularity, and in what sectors, should collaboration platforms be hosted internally, externally, in a public or private cloud, as a traditional managed service? And so on.

Sure, there are still mega-debates we need to have — such as the age-old question about whether it is economical for massive vendors like Microsoft or Amazon to build on-shore cloud computing facilities with their own datacentres. But it is also the answers to many of the smaller, sector-specific, application-specific questions which will aid us in deciding those larger debates anyway.

Until we start to have these more complex debates, Australian CIOs — who are starkly aware of the different cloud offerings out there — will face great challenges in explaining the right path forward for their organisation to senior executives such as CEOs and CFOs. Because right now, ‘cloud’ covers so much under one umbrella that many CIOs are switching off when they hear the term used … while most CEOs and CFOs no doubt think, when they think about the cloud, that it’s a catch-all solution to every problem.

The answer, as is usually the case, lies somewhere in between.