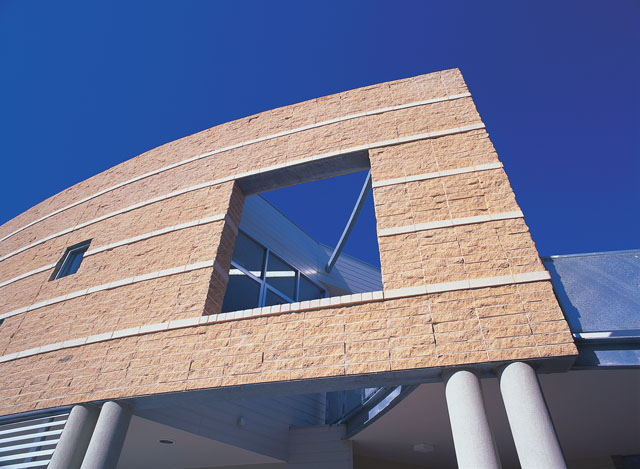 “We would have had them already,” the executive (pictured, below) says of his company’s plans to roll out Apple iPads to Brickworks sales staff in a major trial of the technology in the workplace. However, Bradbury says, chronic stock shortages of the iPad 2 since it launched in Australia in late March this year have left his company’s employees impatiently waiting.

Part of the problem, Baden says, is that some of the sales reps — those in Brickworks’ roof tiles division — have never had a device to take with them on the road and gain access to the documents they need. Other divisions have issued their staff laptops over time, but some employees have traditionally worked from a home system they supplied themselves, or from the office via thin client terminals.

“The main reaction is frustration at the moment,” he says in a recent interview — frustration because they’re keen to starting using the iPads.

And yet, it is this lack of current functionality which delivers some insight into why Brickworks is so keen to adopt the iPad in the first place — and why the devices may be more useful than the traditional laptops for sales associates who are often on the road.

Bradbury says when Bricks started conducting a limited trial using the first iPads some time ago with a few staff in diverse locations, the company quickly realised that the 3G-equipped tablets represented a great way to give its staff remote access to customer relationship management systems and other software on the road. The company recently adopted Salesforce.com, which is delivered through a web browser, in the fast-growing software as a service model.

When coupled with mobile access to email, and with software installed from Citrix that allows applications to be served remotely, the iPad starts to take on much of the functionality traditionally acquired through a full-fledged PC.

“But honestly, you’re going to get more out of your iPad than a laptop,” says Bradbury.

The executive points out that when it comes to accessibility, portability and speed, the iPad has other devices beat. “You hit the button, and it’s on. With a laptop, you’ve got to start it up and all that. You don’t have the speed of access which you do on the iPad,” he says.

This means, according to Bradbury, that staff are more likely to use their iPads — because they can easily flick it on, open up files and check their email — without a huge commitment in time. Staff are also more likely to enter those small details which make CRM systems complete — birth dates, appointment updates, tiny notes and so on. In this way, rolling out iPads actually becomes a way to ensure more extensive usage of CRM systems in general — because it’s easier than typing everything into a laptop.

When the iPads do arrive, they’ll be rolled out to a few dozen sales staff in Brickworks’ Bristile division, but Bradbury expects other divisions to follow suit eventually as the efficacy of the Apple device becomes apparent throughout his organisation. Eventually, hundreds of staff in the company’s full sales team could be using iPads.

“If the feedback that we get proves it over time, you can fully expect that as laptops come up for renewal, [the thinking will be] why would you buy a laptop if you could manage it with an iPad?” he says. Other people within the company will say, Bradbury reckons, that “these divisions seem to be kicking goals”.

“No one’s kididng anyone that they can sit down and do major spreadsheet development on an iPad, but to access files, emails and for us, CRM, to maintain, monitor and contact leads, it’s excellent and we’re very keen and can’t wait to get those out to everybody,” the executive says.

Caveats
Of course, like all technologies, the iPad has its weak points, and Bradbury isn’t shy about chiding Apple for a few of them.

For starters, he says, Apple’s refusal to let its devices handle Adobe’s Flash format crops up from time to time, and “it is a frustration”, with the company wanting to view training materials online for packages like Salesforce.com. Although the executive notes that the availablility of content using the rival HTML5 video format is increasing, “waiting for that to happen is a bit frustrating”.

In addition, the manageability of the iPad in an enterprise sense is still up in the air.

Bradbury says until the company has the device in the hands of more users, it can’t tell what supporting the rollout will represent in terms of a load. However, the organisation appears to have somewhat dodged a bullet in that area, because a number of its staff are already familiar with Apple’s previous iPhone device, and so are usually able to manage their own iPad as a result. “If you’ve got a user who has been using an iPhone and who has been downloading applications and been managing his phone alright, our expectation is that they’re not going to find iPad a huge leap,” says Bradbury.

“People can play their Angry Birds on it just the same way, but it’s on a big screen now.”

Staff do go through a productivity reduction of about 10 percent in the first week or two they get their new iPad, the executive notes — to play with its functionality and so on. However, after that point things return to normal.

Furthermore, the carrier which an organisation chooses to support their device rollout is important.

Bradbury says the company was previously with Vodafone for three years for its mobile device fleet, but the carrier’s “poor coverage” in locations which Bradbury said weren’t even very remote, meant that the company recently switched to Telstra, which the executive says has been a “wonderful, wonderful thing.” 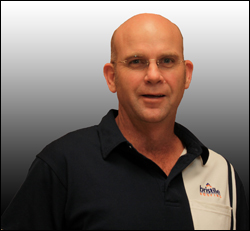 Of course, the iPad is also now no longer the only device in its class. Telstra has made its intentions clear to market the hyped Motorola Xoom tablet it has local exclusivity on to large enterprise and government customers as well as small businesses, and a wave of other tablets — including the BlackBerry PlayBook — are currently landing on Australian shores.

Bradbury says Brickworks didn’t consider any other devices for its own rollout — as it was already using the iPhone, it didn’t want to confuse users. “We’re a medium-sized business and pretty stretched with resources,” he says. “It’s best to keep it as similar as possible — we didn’t want to confuse people and cause us drama and reduce take-up.”

At the moment, the future of the tablet form factor in general in organisations around Australia remains a little uncertain. IT executives are grappling with an influx of devices informally being used in the office by staff who bring them in themselves, and are reacting in different ways. The Federal Parliament, for example, still won’t allow politicians to connect the devices to its internal Wi-Fi network, while others such as Westpac and AMP are known to be making extensive use of the devices internally.

Even less certain is the future of devices which aren’t the iPad. With Apple currently dominating the tablet market, and rivals only now starting to ramp up their operations, it’s unclear what the future may hold in terms of supporting heterogenuous devices.

But if there is one thing which the Brickworks example makes clear, it’s that it’s worth testing the waters — your organisation might just find a device like the iPad fits in perfectly.