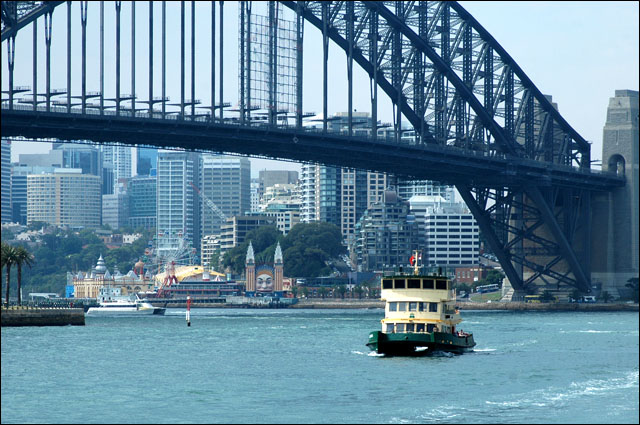 Global cloud computing giant Salesforce.com has given Australian customers concerned about losing control of their data to other jurisdictions the first ray of hope in the past decade, confirming today it was evaluating the case for when to build a local datacentre.

The news was first reported by The Australian newspaper, which quoted the company’s chief executive Marc Benioff as saying that a local datacentre was not a matter of “an if”, but “a when”. “Marc said it is a matter of when, not if,” confirmed the company’s local vice president of enterprise sales, Tony Armfield, in a brief statement following the report this afternoon.

Lilke fellow cloud computing players Google, Amazon, Microsoft, NetSuite and others, Salesforce.com has come under increasing pressure from large Australian organisations in the past several years to create a local facility — with financial services and public sector groups particularly interested in onshore hosting due to regulatory concerns about keeping sensitive data in other jurisdictions. The demand has intensified as local customers’ interest in the burgeoning field of software as a service and cloud computing solutions has hit record levels.

Salesforce.com competitor Oracle – not known for its cloud solutions – has already capitulated in the war, revealing plans in September 2010 to offer a CRM on-demand platform from a Sydney datacentre through a deal with local company HarbourMSP. Microsoft has partnered with strong local players like Fujitsu, who are planning to offer an appliance version of its Azure cloud computing platform – although Microsoft has also held off from creating its own Azure datacentre in Australia.

Despite the lack of an Australian datacentre and the fact that the company has not recently announced any high-profile large wins in the public sector, which is particularly interested in Australian hosting, Salesforce.com’s Armfield claimed the company’s lack of a local facility “hadn’t been a barrier”.

“For the last 7 years, we have delivered success to local customers like Australian Air Express, Flight Centre Management, and FTSE from our global data centre network. With more than 92,300 customers worldwide, Salesforce.com is one of the most trusted cloud service providers in the world today,” he said.

The company’s eventual move to set up an Australian datacentre has the potential to place increasing pressure on the remaining cloud computing holdouts.

The chief executive of software as a service player NetSuite acknowledged during a visit to Australia in October last year that the company was considering eventually rolling out infrastructure in Australia. In February 2010, Google stopped short of committing to an Australian datacentre at some stage, but noted that discussions were ongoing.

Amazon is not known to have expressed interest in an Australian datacentre, with its nearest infrastructure believed to be located in Singapore.