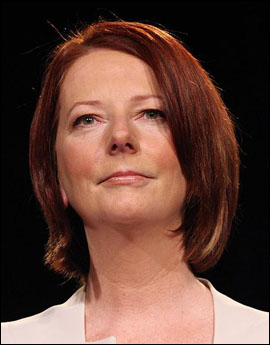 The Daily Telegraph this morning reported that at least 10 parliamentary computers, including those belonging to Prime Minister Julia Gillard, Foreign Minister Kevin Rudd and Defence Minister Stephen Smith, were suspected of being hacked, with government sources linking the attacks to foreign spy agencies.

According to the Daily Telegraph, the security breach started to occur in February this year and were carried on for more than a month. In the process, thousands of email are reported to have been accessed. Allegedly, four government sources declared Chinese agencies were among the foreign hackers suspected of having breached Australia’s cyber security.

Attorney-General Robert McClelland said in a statement he would not comment on current operations, but said Australian agencies were working in cooperation with national and international counterparts to ensure cyber-security.

Earlier this month, the Attorney-General had announced the establishment of a new cyber-security unit created by peak intelligence agency the Australian Security Intelligence Organisation (ASIO). On that occasion the Labor politician had said the new agency would help to tackle the threats of those using the internet as a modern tool of espionage to expose sensitive government material.

“ASIO is also working to guard against foreign interference and espionage, including via technical means,” he said in Canberra in early March, stressing how cybersecurity had become a global issue and that international cooperation was fundamental to national defence.

Today, McClelland added Australia had a dedicated alliance of agencies to protect its Internet borders. “Australia has in place a range of measures including the Cyber Security Operations Centre (CSOC) within the Defence Signals Directorate (DSD) and a dedicated cyber investigations unit within the Australian Security Intelligence Organisation (ASIO),” he said.

The Telegraph reported government sources were concerned about the cyber threats they were exposed to and that one MP had received regular internal warnings against “foreign interests” trying to access computers and telephones. However, McClelland said Australia was always working to improve its cyber-security.