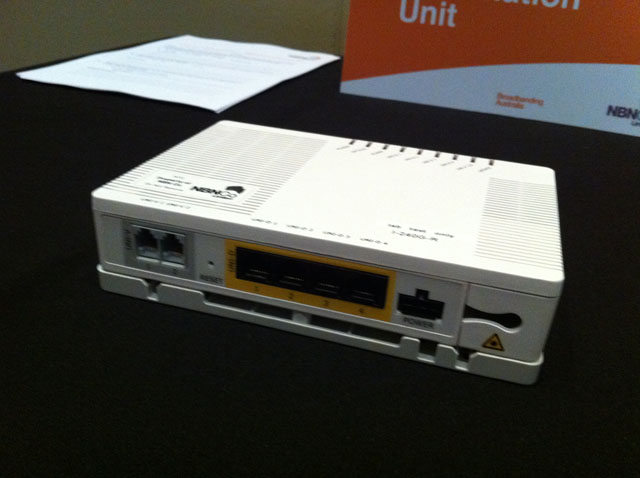 Regular Delimiter reader and all-round telco commentator Michael Wyres was at a NBN Co briefing this week and took these shots of the company’s internal and external network termination units, which will be installed in homes and businesses. Michael has kindly supplied us with the shots, but we recommend you visit his excellent blog for a fuller explanation of how everything works.