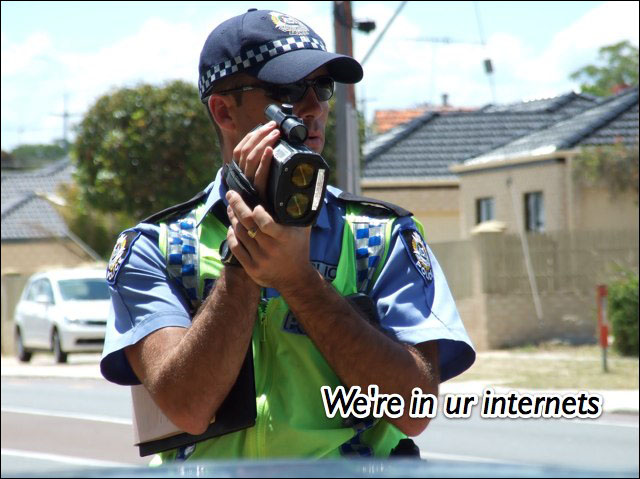 A flood of new information emerged this afternoon in Federal Parliament about the controversial and secretive proposal by the Attorney-General’s Department (AGD) to force internet service providers to store a wealth of information pertaining to Australians’ emails and telephone calls.

The proposal — known popularly as ‘OzLog’ — first came to light in June this year, when AGD confirmed it had been examining the European Directive on Data Retention (PDF) to consider whether it would be beneficial for Australia to adopt a similar regime. The directive requires telcos to record data such as the source, destination and timing of all emails and telephone calls – even including internet telephony.

In the first day of an inquiry into online privacy held today by the Senate’s Environment and Communications References Committee, senior AGD public servant Catherine Smith admitted she could not precisely remember when discussions around the issue commenced.

“Can I say it’s been around for a very long time — I can’t remember how it started,” Smith said. The public servant is assistant secretary of AGD’s Telecommunications and Surveillance Law Branch.

Under sustained pressure from Greens Senator Scott Ludlam, Smith and her colleague Wendy Kelly — director of the same branch — said the origins of the project related to the way that law enforcement authorities and certain branches of government such as AGD had been working with the telecommunications industry for years on the issue of telecommunications interception to aid in crime-fighting.

The industry, Smith said, was in the habit of forewarning law enforcement when new technologies would come into play that might diminish the ability to investigate crime.

“Data retention will not give agencies new powers — it will ensure that existing capabilities remains available,” Smith agreed.

Examples used during the session, for example, related to the way that the onset of internet telephony was making it hard for law enforcement to track phone calls in the same way they had with traditional analogue telephony.

Kelly described the data retention proposal in terms of the “dataset” of information that law enforcement agencies could collect. The set of information — for example, call logs — that the telco sector was collecting had changed, and different companies were storing it for different period, she said — ranging from days to years.

The AGD representatives committed to providing the committee — which also includes Liberal Senator Mary Jo Fisher, for example, and Labor Senator Doug Cameron — with a private and confidential briefing at a later date to give it a better idea of the data being collected.

“It contains information that could be prejudicial to law enforcement if it was released,” said Smith.

Gaughan gave an example of an operation — dubbed ‘Centurion’ — that the AFP carried out in 2008 which it needed the sort of data that would be collected under the OzLog scheme. The agency started off with just “IP addresses”, he said, but ended up being able to execute some 340 search warrants for child pornographic materials, arresting 140 people and confiscating 100,000 illegal images.

In addition, he said, the operation saved four children who were potentially at risk of child abuse.

It has previously been unclear to what extent AGD had consulted regarding the data retention proposal — with some ISPs believed to have been sworn to non-disclosure agreements regarding the matter. However, today Smith said wide consultation had been undertaken — including ISPs and representative groups such as the Communications Alliance, the Department of Prime Minister and Cabinet and the Office of the Privacy Commissioner.

It was unclear, however, what the next steps in the development of the proposal will be. Smith said the department was still considering the merits of the data retention proposal. “There’s been no decision on where and how we’ll take this forward,” she said. “I don’t have any instructions — we’re still gathering information.”

When pressured by Ludlam on the matter of public consultation, Smith said that would be a matter for the Government to decide. “We are still looking at the options — to take something forward to a broader view, wouldn’t be appropriate,” she said.

However, the AGD representatives did give a nod towards airing the proposal in public — stating they were committed to “an open, transparent and consultative process”.